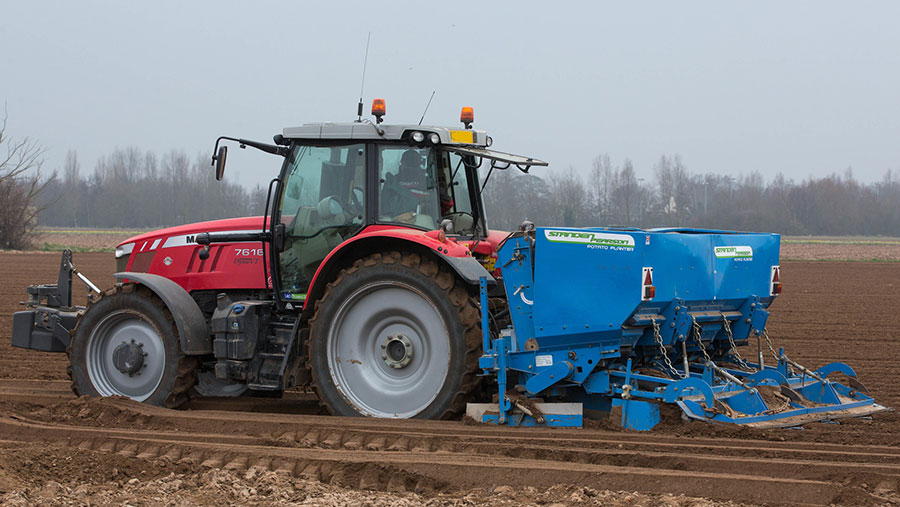 Since my last Spud Watch, conditions have improved dramatically and there’s been a flurry of activity.

We’ve avoided the extremes of temperatures and rainfall that areas further south have experienced in the past few weeks and growers have made steady progress with planting.

Soils have warmed up quickly and are at temperature’s similar to last year already.

Seed planting began in the last week of April which is not particularly late, and conditions have been in general good with only the heaviest soils needing time to dry out and become workable.

Ware growers are also making progress and although they did start significantly later than normal, hopefully, the yield potential won’t be hit too hard (although it might help the price).

The very earliest planted crops of salads are almost emerging, so attention will soon be on herbicide choices.

With little or no linuron on farm to use up by the 3 June which is the final use date, the programmes will be based around metribuzin as the main residual active.

However, with a lot of sand soils up here and also varieties which are sensitive to metribuzin there’s going to be several options to consider depending on the weed spectrum.

Soleto (metobromuron) and Quidam (prosulfocarb) will be used in many situations, but other products may be needed.