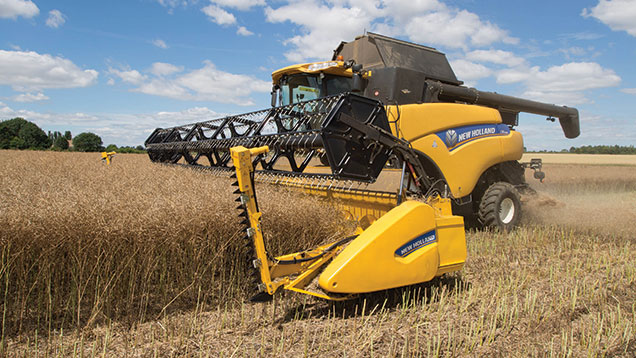 Oilseed rape prices fell by £8.80/t in the week to 29 July, as the strength of sterling against the euro continues to put pressure on UK prices. Spot ex-farm prices ranged from £237/t to £251/t depending on location, and averaged £242.40/t.

Current estimates put global oilseed rape production down 5m tonnes on 2014-15, with carry-out stocks at an eight-year low, according to a report by Bidwells. The UK harvest was still in the early stages, so although early yield reports were average to good it was too early to start adjusting the UK production estimate.

“The weather outlook across mainland Europe looks set to bring widespread rains across the bulk of the Continent, stopping the harvest’s advance and reducing the risk of harvest price pressure in the short-term,” said the report.  However, global expectations were for a significant soya bean crop which would put pressure on oilseed prices.

Demand for old crop pulses was virtually non-existent as consumers were well covered with clear-up loads being offered from farm, it added. “Crops continue to look good and the general feeling is that if the current weather pattern continues we won’t see any new crop until the end of August at the earliest.”