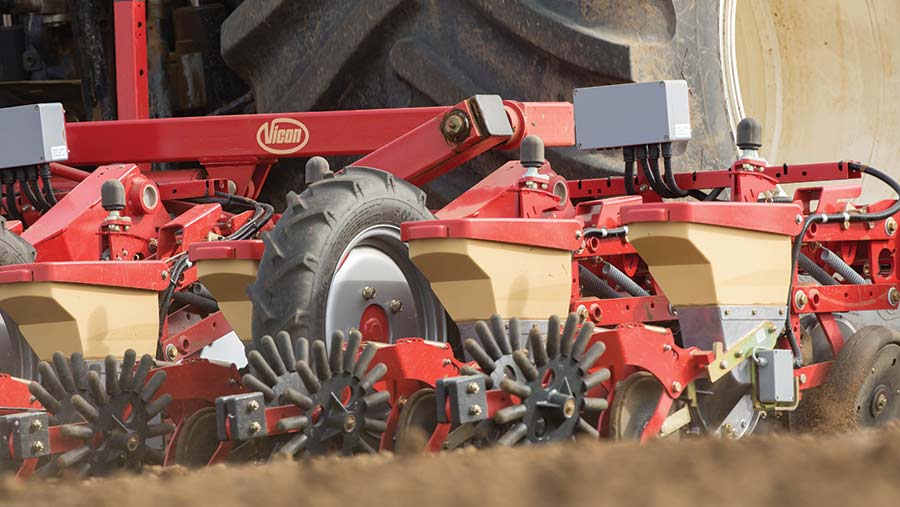 Six new varieties of sugar beet have made it through stringent field trials to be included in the Recommended List for 2018, with a top yield of 107%.

The highest-yielding newcomer on the list managed by the British Beet Research Organisation (BBRO) and the British Society of Plant Breeders (BSPB) is Daphna from KWS, giving 7% more yield than controls.

In second place is Senada, another KWS variety, at 106%, followed by Landon from Strube, at 105%.

But it’s not just about yield: varieties also need to show resilience to disease and bolting risk.

Simon Bowen, knowledge exchange and crop progression lead of BBRO, is particularly interested in how the varieties perform in bolting trials.

He explained that a cold period would bring on vernalisation (the production of flowers), which is undesirable as the plant would produce seed instead of building sugar in the root.

The trials included a comparison between Early Sown Bolting (ESB) and Normal Sown Bolting (NSB) to see how a variety performs under severe conditions.

“The results mean that growers will be able to make an informed decision about the risk of bolting,” said Dr Bowen.

Of the six newcomers, Bloodhound is good and Daphna is suitable for early drilling, while Degas has a chance of bolting.

Disease resistance is also important. Landon and BTS 3325 both have a good rust score of 7, and the latter has a downy mildew score of 5.

New varieties for 2018 at a glance

NOTE: Varieties were judged on percentage yield above the best three controls for bolting risk, tolerance to disease (on a 1-9 scale, where 9 is the highest resistance) and establishment before gapping to about 18cm.