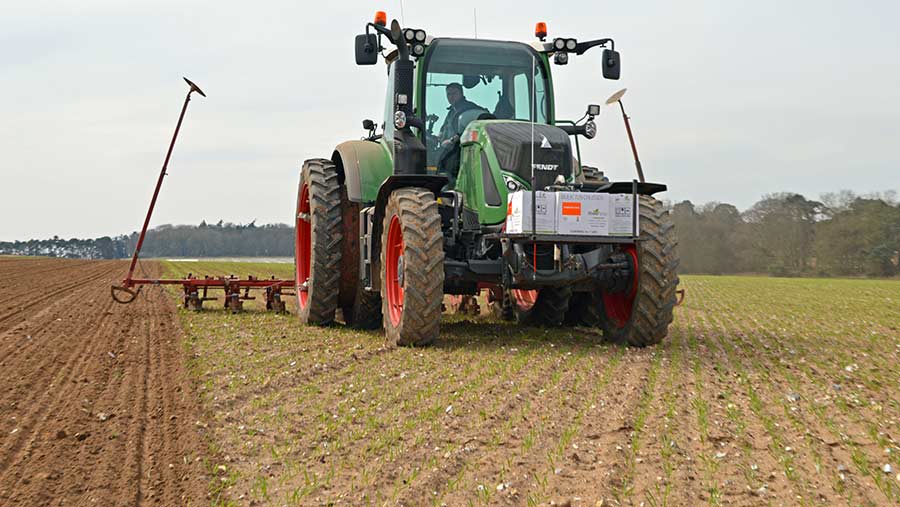 Sugar beet drilling is racing ahead between the rain showers on light land with one Suffolk Brecklands estate looking to catch up from its latest start in more than a decade after heavy spring rainfall.

The beet drill was gobbling up the hectares on the large Euston Estate over the past few days sowing beet seed into blowaway sandland with a hoped-for finish date by the end of this week.

Many beet growers are desperate to start drilling after the cold wet spring, especially as last year the crop nationally produced record average yields of more than 80t/ha of beet.

Farm manager Matthew Hawthorne said the drilling team was starting one month late this year, but he was not panicking as the seed was going into warm and moist soil for his sugar beet crop worth £400,000.

“These are ideal conditions but not an ideal date, and we would hope to be finished by the weekend,” he told Farmers Weekly.

Watch the video report below:

The estate has 245ha of sugar beet to drill and Mr Hawthorne is juggling his fields to keep the drilling team busy even with the occasional rain shower.

Sugar beet drilling normally starts in the first week of March on the estate, and when the drill finally started on 5 April it was the latest start since Mr Hawthorne came to the estate in 2006.

“In calendar days we have lost a month, but in real term it is probably two weeks as we are drilling into very good conditions,” he said.

Sugar beet seed will germinate at a soil temperature of 3C, but Mr Hawthorne threshold’s is 6C and drilling last week the soil temperature was up to 9C, which hopefully will get the crop off to the best possible start.

On the very lightest 80ha of sandy land destined for beet, winter barley seed is drilled at the start of March as a cover crops to stop soil blowing away at drilling and losing both the beet seed and top soil. 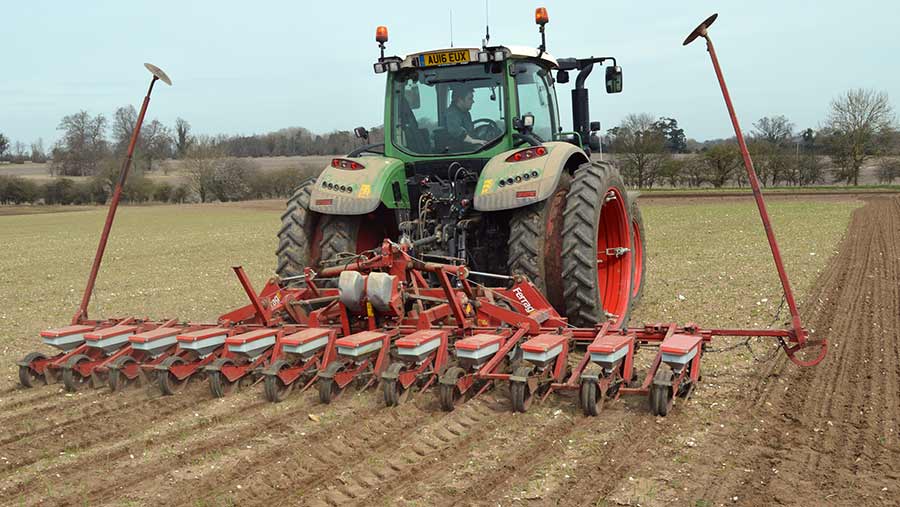 This season, the barley is strongly emerged rather than typically just poking through the soil at beet drilling, so he is having to adapt his policy for nitrogen and pre-emergence herbicide applications.

Normal practice is to apply a pre-emergence herbicide mixed with liquid nitrogen in a spray, but he feels the nitrogen may scorch the well-grown barley this year, so he will split the applications and apply the nitrogen separately through dribble bars.

This barley is later killed off in mid-May with a graminicide when the sugar beet is at the four-to-six true leaf stage and as the barley starts to compete with the sugar beet for valuable moisture.

He hopes the crop will grow quickly and not delay harvest as he is always keen to get winter wheat drilled after beet on the 4,200ha Euston Estate, some three miles south of Thetford. 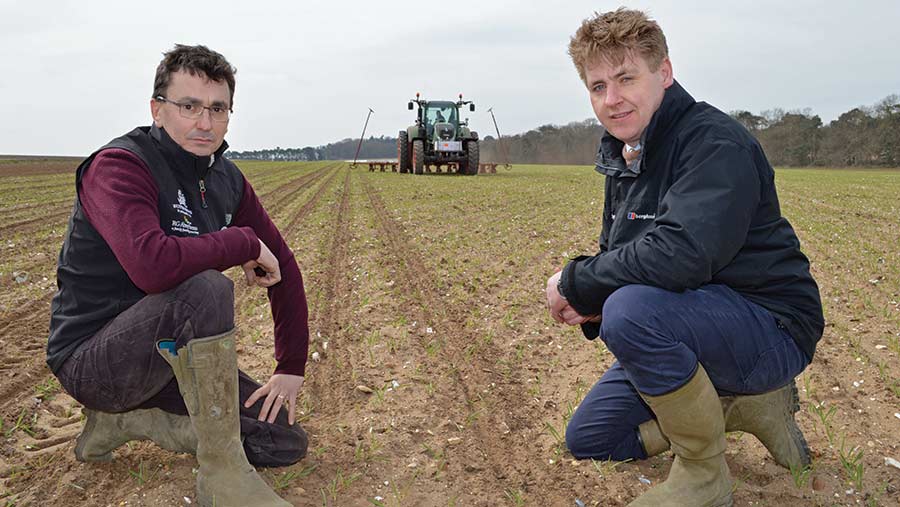 Mr Morris added that some very early drilling had started the weekend before Easter, but was halted over the bank holiday weekend and only got going again in the first week of April.

The aim is to get to leaf area index of three as quickly as possible – that is 3sq m of leaf on 1sq m of ground to give good light interception as soon as possible, he said.

Mr Hawthorne’s aim is to see the sugar beet plants joining in the rows at the start of the June, and across the rows by the third week of June.

Last season, the sugar beet crop yielded on average 77t/ha and was close the the estate’s record, and this year he hopes to meet the  budget targeted yield of 70t/ha.

The sugar beet team – including drill man Ian Denny and Pete Matsell on cultivations – was rapidly drilling to try and finish by the end of this week. 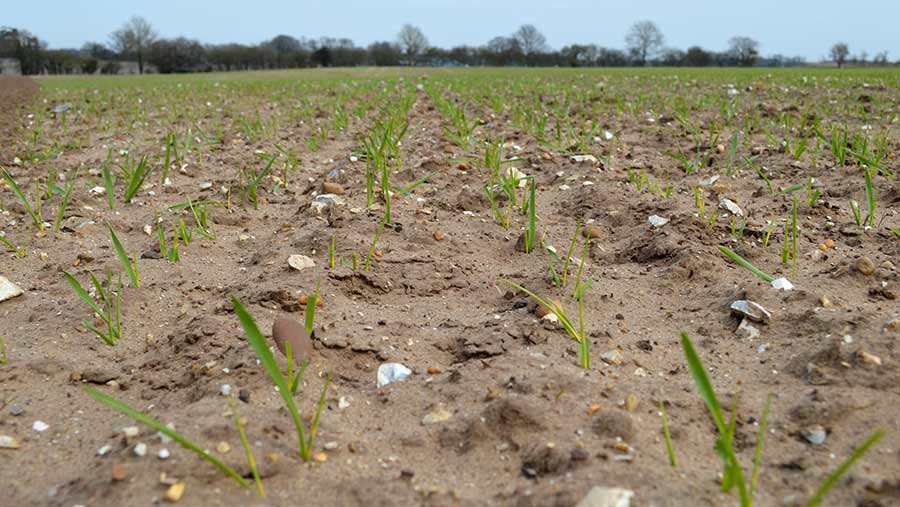 Sugar beet yields reached a new record high nationwide last year of more than 80t/ha helped by favourable weather with plenty of rain through the summer and autumn.

As the British Sugar lifting campaign closed just before Easter, the final average yields from the nation’s 3,500 growers was put at 83.4t/ha beating 2014’s previous record of 79.8t/ha.

The four plants – Cantley and Wissington in Norfolk, Bury St Edmunds in Suffolk and Newark in Nottinghamshire – have now stopped received any more beet.

British Sugar’s Mr Morris said yields had increase 25% over the past 10 years and year-on-year rises were likely to continue due to better genetic and improve growing techniques.