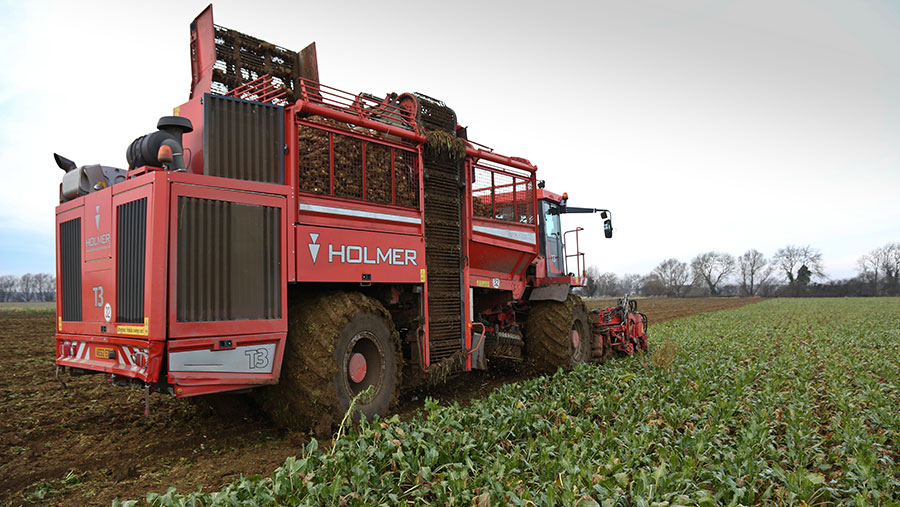 British Sugar is looking to increase sugar output next year after the end of European Union quotas and following two low-yielding beet harvests.

The beet processor said it is working with growers to boost the area grown for harvest 2017 after two national crops that fell below 1m tonnes of sugar.

The group said the beet harvest in 2015 produced just short of 1m tonnes of sugar and it expects a reduction for harvest 2016 compared with a record crop of 1.44m tonnes in 2014.

“The end of the EU sugar regime in October 2017 represents an opportunity for British Sugar to increase sugar production,” the group said.

The processor, with factories at Wissington, Newark, Cantley and Bury St Edmunds, said it is working with growers to restore beet supplies to a more “normal level” with an increase in price for the 2017 crop and a campaign to recruit new growers to its existing 3,600 beet farmers.

Beet growers will see an 8.4% price rise up to £22/t for the crop they drill next spring, after a number of years of falling prices, and may also gain a bonus if EU sugar prices are high.

The details about raising output came as the group’s parent company, Associated British Foods, reported its annual results, which show its global sugar operations increased profits, due largely to a rise in world sugar prices.

Overall, AB Foods reported a 5% rise in group underlying pre-tax profits for its year ending September 17 to £1.07 billion with annual sales also up 5%.