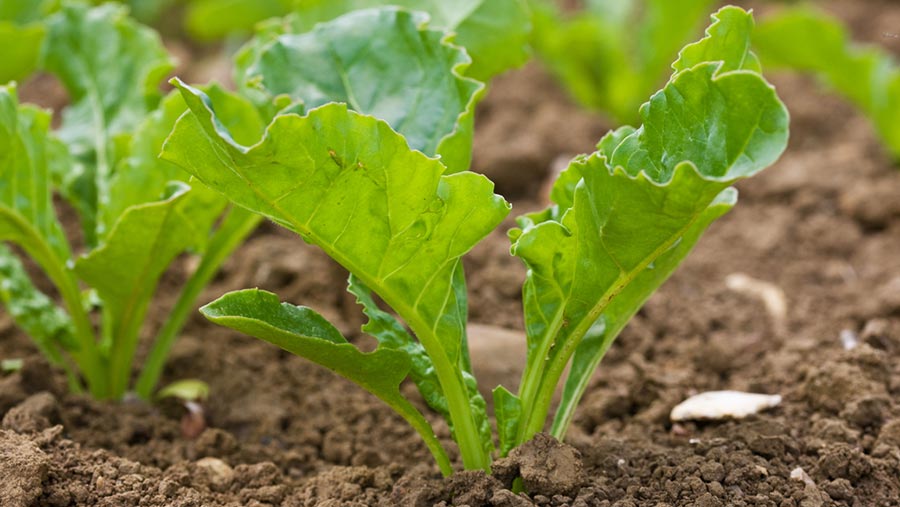 Eight new varieties of sugar beet have been added to the 2017 variety lists, offering up to 5% more adjusted yield than the controls.

It continues the trend for higher yields in sugar beet varieties being put forward by breeders, with the top performer yielding slightly more than 119t/ha.

The five new additions to the  Recommended List (RL) are Darnella and Alisha from KWS, BTS 260 and BTS 860 from Limagrain and SES Vanderhave’s Firefly.

“It is good to see the yield improvement that we have seen over the years is still continuing,” says Mike May, chairman of the RL board.

“The established control varieties produced an adjusted yield of 113t/ha in trials and the best new ones up to 5% more than those.”

The three additions for the descriptive list offer tolerance to beet cyst nematode (BCN). They are Cantona from KWS, Davy from Strube and Flixter from Syngenta.

The pest can lead to heavy yield losses and growing tolerant varieties can help overcome this, but there has been a yield penalty compared with RL varieties where the pest is not present.

“However, yield results in the absence of BCN and show that the best varieties are now virtually on a par with the RL varieties,” he says.

But before selecting these, he advises growers to discuss options with the British Beet Research Organisation (BBRO) and breeders who will have more information on their performance in the presence of the pest.

The sugar beet variety lists are a joint venture between the BBRO and the British Society Of Plant Breeders.