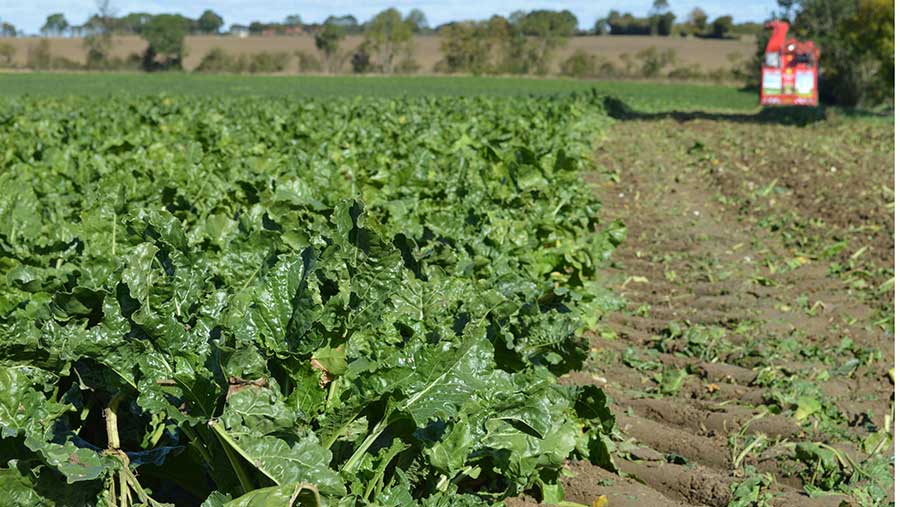 Britain’s sugar beet harvest is expected to yield a higher sugar output as improved beet yields are set to more than offset a fall in crop area.

Harvest for the 3,000-plus beet growers is coming to a close after a very wet and difficult season, but yields are expected to exceed the 75t/ha five-year yield average.

“UK sugar production is expected to be 1.18 million tonnes this year, up on last year, with a recovery in sugar yield more than offsetting the reduction in crop area.

The campaign is entering its final stages and is progressing well,” the company said.

Of the group’s four processing plants, Bury St Edmunds in Suffolk is already closed and its two Norfolk factories at Wissington and Cantley will shut their gates in March. Newark in Nottinghamshire will close in April.

British Sugar gave the update as its parent company, Associated British Foods, issued a trading statement towards the end of its financial half year on 29 February. Its results are due to be announced on 21 April 2020.

The parent group said that its sugar-harvesting campaign in China was completed in January before the outbreak of coronavirus, or Covid-19, developed significantly. Its AB Mauri, AB Agri and Ovaltine food and ingredients factories in China are operating at a reduced capacity due to labour and logistics constraints.