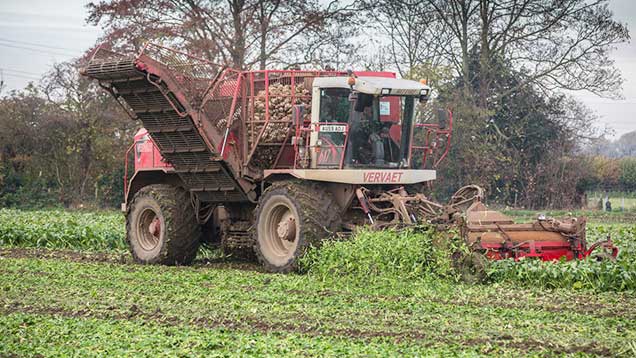 Calls for a drastic reduction in sugar consumption have potentially serious implications for UK beet growers, farm leaders have warned.

The government’s Scientific Advisory Committee on Nutrition (SACN) became the latest organisation to call for a reduction in sugar consumption on Friday (17 July).

It said the government should halve the recommended intake of sugar to help address the growing problems of obesity, diabetes and tooth decay.

But the SACN report is potentially more significant because the committee advises Public Health England and other government bodies on nutrition and related health issues.

NFU Sugar chairman William Martin said calls to curtail consumption had obvious implications for farmers because virtually all sugar beet grown in the UK was processed into sugar.

But it was wrong simply to blame sugar for obesity, he said.

Any call to reduce consumption should be part of a much wider debate about healthy eating, added Mr Martin.

“We are happy to have that debate, including the role education should have in what people eat.”

The SACN was asked by the Department of Health and the Food Standards Agency to examine the latest evidence on the links between sugar and health.

Its report says the average intake of “free sugars” – those added to foods and those naturally present in fruit juices, syrups and honey – should account for no more than 5% daily dietary energy intake.

Ian Macdonald, chairman of the SACN working group on carbohydrates and health, said: “The evidence is stark – too much sugar is harmful to health and we all need to cut back.

“The clear and consistent link between a high-sugar diet and conditions such as obesity and type 2 diabetes is the wake-up call we need to rethink our diet.”

Most beet grown by UK farmers is processed by British Sugar, with the exception of fodder beet and beet grown for anaerobic digestion.

British Sugar’s parent company, AB Sugar, said it welcomed the work of SACN but said there was no single answer when it came to reducing obesity.

AB Sugar head of advocacy Katharine Teague said: “It is important to remember there is no silver bullet when it comes to tackling obesity.”