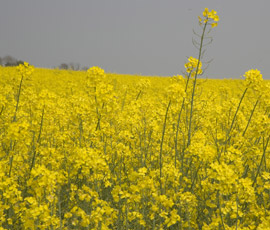 Syngenta has submitted a legal challenge over the EU’s decision to ban an insecticide linked to a decline in bee health.

The Swiss agrichemical company will take its case to try and reverse a ban before the European Court of Justice in Luxembourg.

Syngenta said the European Commission’s decision to suspend the use of its product Cruiser OSR (thiamethoxam) was based on a “flawed process”.

It accused the commission of deciding to suspend the use of Cruiser on crops attracted to bees following an “inaccurate and incomplete” assessment by the European Food Safety Authority (EFSA) – and without the full support of EU member states.

John Atkin, Syngenta chief operating officer, said: “We would prefer not to take legal action but have no other choice given our firm belief that the commission wrongly linked thiamethoxam to the decline in bee health.

“In suspending the product, it breached EU pesticide legislation and incorrectly applied the precautionary principle.”

In April, the European Commission announced a two-year ban on three neonicotinoid pesticides – thiamethoxam, imidacloprid and clothianidin – linked to a decline in bee populations from 1 December this year.

The ban concerns the use of neonicotinoid seed treatments on crops considered “attractive” to bees, such as oilseed rape, maize and sunflowers.

Syngenta said the EU ban was causing “great concern” among farmers that an “extremely effective, low-dose product will not be available to them and will have to be replaced by much less sustainable alternatives”.

Mr Atkin said: “Modern products like thiamethoxam are essential to address the challenge of increasing European food production and reducing the reliance on imports.”

The HGCA has warned that the ban could cost UK oilseed rape growers up to £72m a year through lack of control of two key crop pests – cabbage stem flea beetle and aphid-spread turnips yellow virus.

Growers will have to resort to using alternative control strategies, using older, pyrethroid chemistry, which could amount to as many as four sprays to try and control pests normally controlled with one seed treatment.

The UK government opposed the ban. At the time of the ruling, DEFRA secretary Owen Paterson said evidence that neonicotinoids harmed bees was “inconclusive” and urged more field studies before the implementation of any ban.

Syngenta called on all EU stakeholders to “concentrate on practical solutions to bee health, which most experts agree is damaged by disease, viruses and the loss of habitat and nutrition”.