An unseasonably wet season has led to a Tasmanian farmer claiming a new Australian record for the highest oilseed rape yield, at nearly 6.2t/ha. 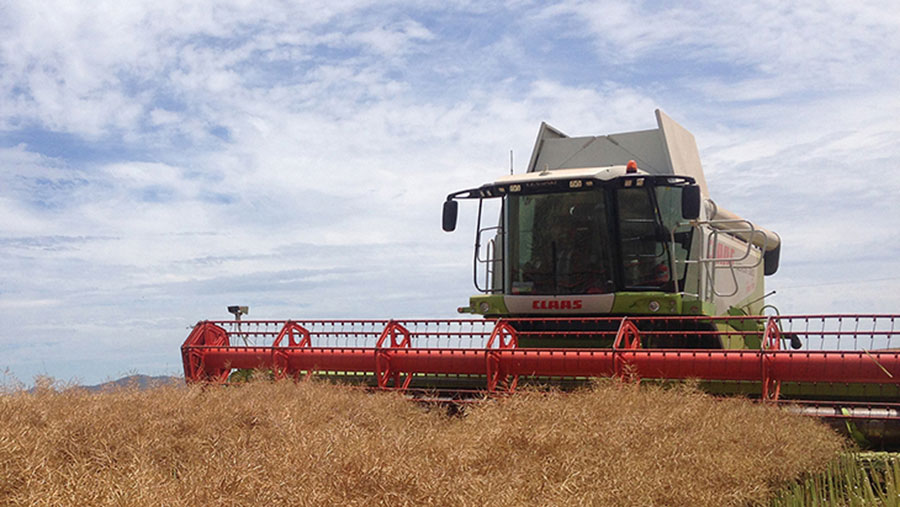 Michael Nichols tried heading the crop to no avail

Australia, not known for high yields with a national average of 1.3t/ha in 2012-13, is seeing a bumper harvest for cereals and rapeseed because of a higher rainfall.

“Because it was a mild spring and summer, the pods could mature and didn’t dry out and fall off due to heat stress,” explains Mr Nichols.

“We planted the canola (oilseed rape) on 27 April and up to the beginning of May it only had 150mm, so it basically got 2m of rain after that,” he says.

This bumper crop sees him take the number four spot in the unofficial world ranking, which is topped by the UK’s Steve Tuer who in 2015 achieved 7.2t/ha. 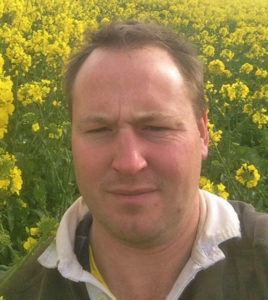 Too big to cut

At 8ft, it was too big to direct cut, so had to be swathed. Mr Nichols used a Claas Lexion 580 combine harvester with a variable cut front to extend cutting depth, and local contractor David Charleston helped with windrowing using his D60-D MacDon front.

“I was going about 3km/hour which is about standard, as there was a lot of product going through the machine and I needed to keep it steady,” he says.

“On the mainland that is definitely considered slow.”

Oilseed rape is grown in a six-year rotation along with mustard seed, poppies, potatoes, onions and wheat across his 180ha of arable cropping.