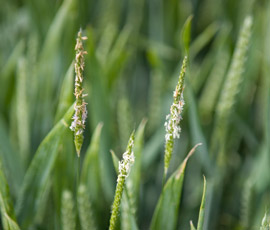 Three years of field trials looking at the effect of different cultivations regimes on blackgrass populations are showing mixed results. Nick Fone gets advice from an expert on how best to tackle this now perennial problem


Blackgrass – the scourge of cereal crop growers across the country – is seemingly out of control and herbicide resistance is spreading like wildfire.

But why the big fuss? Surely it’s a weed just like any other?

Actually, no. According to agrochemical company Agrii, its effect isn’t to be underestimated.

For every 100 ears of blackgrass in 1sq m of crop, you can expect wheat yields to be knocked by 1t/ha. At the firm’s trials site near Huntingdon, Cambridgeshire, populations vary from four ears/sq m to 400 ears/sq m, the latter potentially resulting in yields being slashed by 4t/ha.

Why can’t we just spray it off? Blackgrass is particularly adept at evolving to resist the specific herbicides chemical companies are continually developing for its control. Widely used and introduced only nine years ago, Atlantis now manages just 25% efficacy at Agrii’s trials site.

How best to control it then? A combination of chemical and cultural control is the only real answer, and so Agrii’s trials have looked at five different cultivation/crop establishment approaches with early and late drilling dates.

In 2010 the company teamed up with German cultivation kit maker Lemken and direct-drilling evangelist Jeff Claydon. Three years later, after one crop of winter wheat, a crop of oilseed rape and another of wheat, patterns are beginning to emerge.

Operation: One pass in early September using a Lemken Rubin 9/Helidor combination cultivator (tines/discs/press) running at 20cm to give a deep loosening and mixing effect. Drilled with Solitair in mid-October.

“By working down the ground to a consolidated seed-bed five weeks before drilling we got maximum blackgrass germination and the best interval for glyphosate control,” says Mr Lloyd.

“However, your weed seed bank is then mixed throughout the entire soil profile and a proportion of blackgrass seeds will be brought up with consecutive years of similar cultivations.” 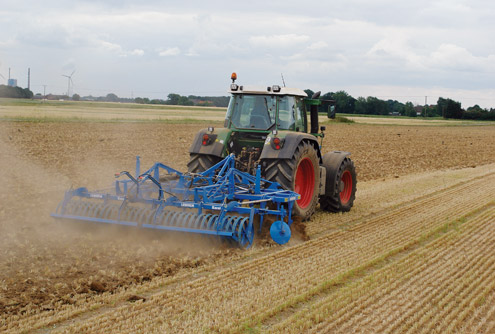 Operation: Mimicking the German approach of a shallow discing at the start of September to get a weed chit and following that with a tined cultivator running at 20cm three weeks later. Drilled with Solitair in mid-October.

“The second pass with the tines brought lumps – and blackgrass seeds – to the surface, which meant control was poor in those plots,” says Mr Lloyd. 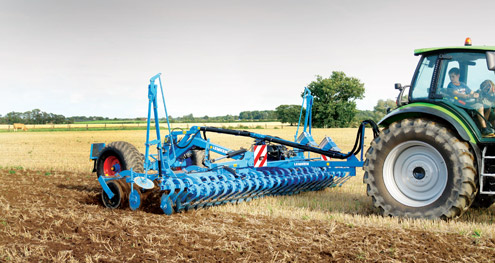 Operation: One pass with a Lemken Rubin 9 disc/press combination at 5-7cm to prepare a stale seed-bed in early September, followed by Solitair cultivator drill in mid-October.

“Shallow discing means all the blackgrass in those top two inches has the chance to grow which can make control a real challenge unless you have the opportunity for at least two weed-chits,” says Agrii’s R&D manager, Colin Lloyd.

“In the trial we struggled to keep blackgrass in check but sticking to surface cultivations offers potential.” 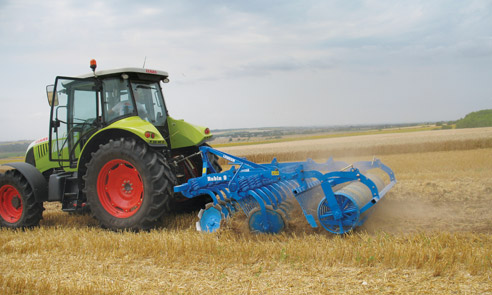 Operation: A five-furrow Lemken plough and press was used to invert stubble to a depth of 20cm in early September. The Solitair then drilled the wheat in mid-October.

“Ploughing was by far the best means of controlling the blackgrass in that first year,” says Mr Lloyd.

“However inverting the stubble in the following year just brought all the seeds back to the surface and the problem was nearly as bad. Once buried, keep it buried and don’t disturb for another five years.” 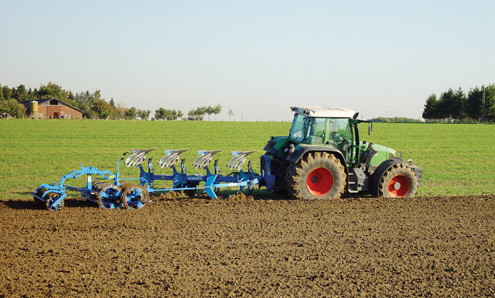 Operation: Seed sown straight into stubble using a Claydon drill in both late September and mid-October.

“Direct-drilling is a fantastic way to slash costs, but it’s not necessarily the best way to control blackgrass if you’re going for a minimum input system,” explains Mr Lloyd.

“The trials have shown direct-drilled crops respond better than others to more intensive chemical regimes, as long as the timing is correct – but you must be prepared to spend money on herbicides.

“The difference in drilling date also had a massive effect on blackgrass. By sowing three weeks later we had the chance for an extra weed flush, which took populations from 199 ears/sq m to 72 ears/sq m.

“However direct-drills don’t tend to work so well in the wet and can smear, so pushing the sowing date back may not work if that’s the route you’ve chosen.” 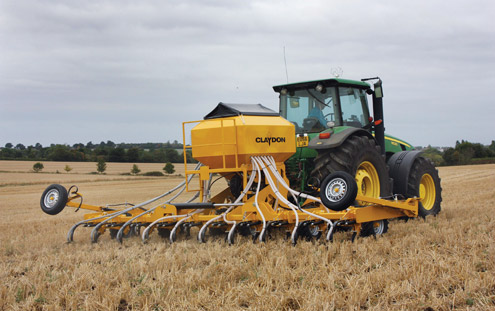 Which method is the best for beating blackgrass?

No one system is the clear winner here. One approach will not work year-in, year-out.

“We’ve had some ground in the trials that has been direct-drilled continuously for three years and other plots that have been ploughed each year. Both are as bad as each other when it comes to blackgrass,” says Mr Lloyd.

Clearly a combination of different techniques is required to keep on top of the nemesis that is blackgrass.

“The viability of its seeds degrades to virtually zero after five years of being buried underground, so integrating some sort of rotational ploughing based on this timescale would seem sensible. Time will tell when the trial reaches the five-year mark.”

But it’s drilling date that has the single biggest effect. Delaying sowing to give the opportunity for at least two, if not three, weed chits makes a real difference.

“By mid-October you’ll usually have flushed out all the blackgrass that’s on top – then it’s time to get in there with the drill.

“If that’s not enough time to get three stale seed-beds in, accelerate things with a light tickle from a stubble harrow, spring tines or even just some rolls.”

Over the next few weeks, Agrii will be analysing the harvest results from the trials site and updating their gross margins calculations accordingly. Look out for a summary of the results and costings in our Arable section this autumn.