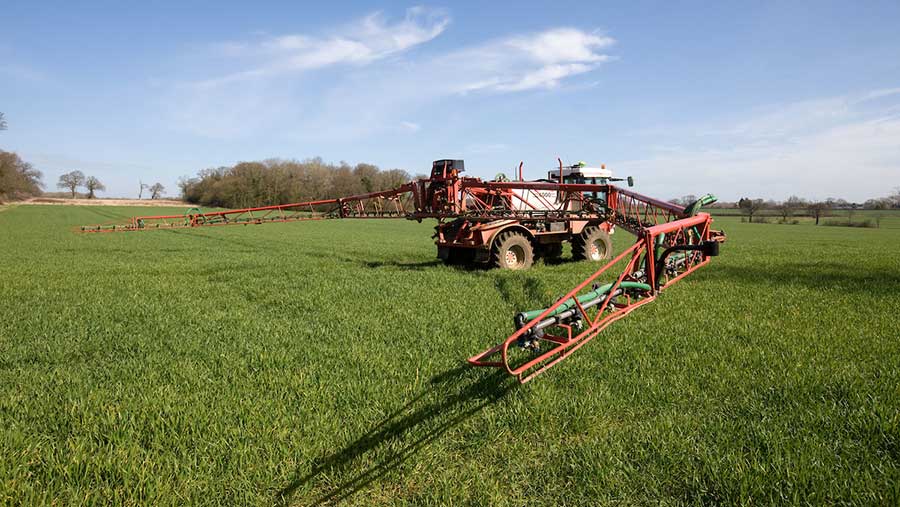 Growers are being urged to carefully monitor the growth stage of their winter wheat crops, as early varieties are arriving at the optimum time for vital T0 protection.

This marks the time when tillering ends and stem extension begins, meaning that the crop is heading from vegetative growth towards the reproductive stage, making protecting the crop vital to preserve yield potential.

See also: How to identify growth stage 30-31 in wheat

“It’s an extra cost but a good start to the programme,” says Mr Hartley, explaining that a T0 spray will protect yield and stop disease moving further up the plant.

While Mr Hartley says that September drilled crops were likely to have reached growth stage 30 already, the Ledbury crops were October planted and he was surprised to find that how forward they were. 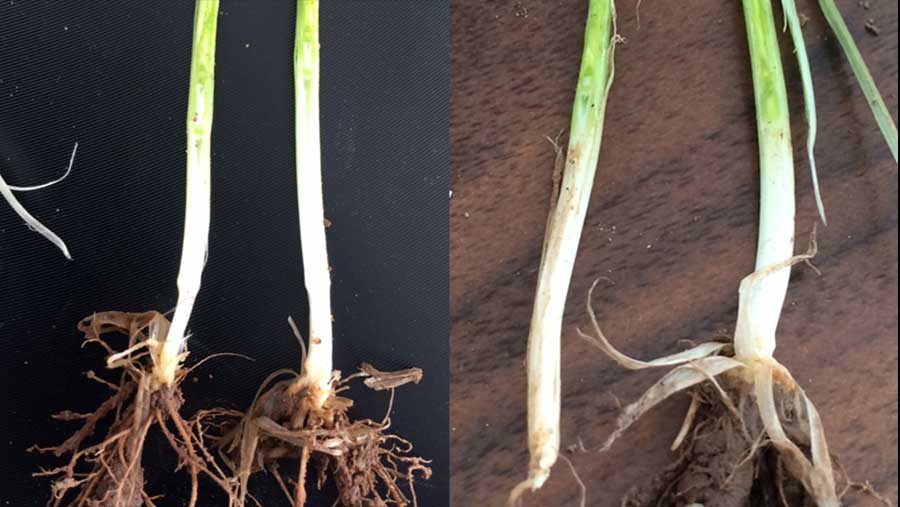 As temperature and daylight increases over the next 10 days many more crops would be getting to this stage, and he says now is the time for inspection and making spraying plans.

“Earlier drilled crops are carrying their fair share of disease,” he warns, saying that yellow rust in particular is bubbling around.

And he is hearing reports of higher rust infestation in varieties which previously had shown better resistance.

Managing lush crops will also be critical soon to keep them standing later in the season and Mr Hartley says that T0 is a good time to start a split programme of plant growth regulation.

“The double-edged approach does seem to work better than one big hit,” he says.

Getting a growth regulator on at this stage will also promote better rooting development and help the plant retain tillers and scavenge nutrients in soil.