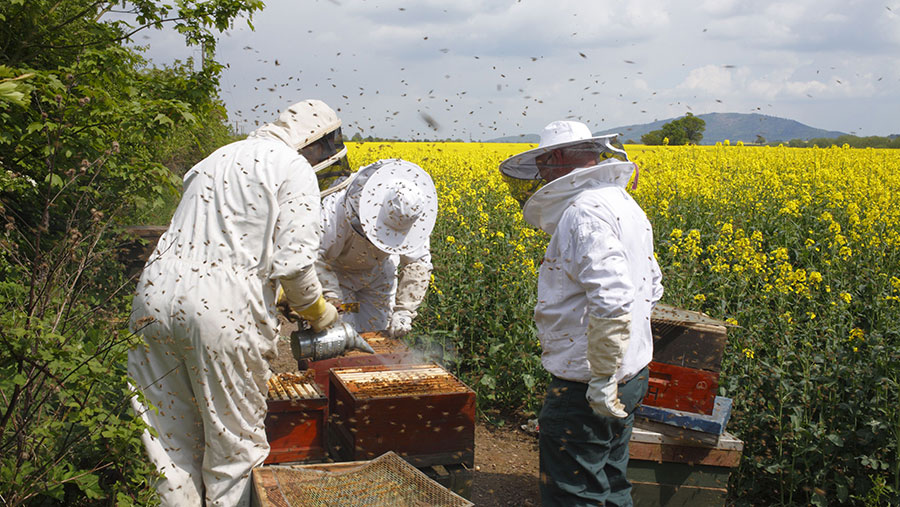 In December 2013, the European Commission (EC) announced a ban on the use of three neonicotinoid pesticides after scientists linked their use with harm to bees.

The ban covered the use of the three actives, Bayer’s imidacloprid and clothianidin and Syngenta’s thiamethoxam, for use on flowering crops considered attractive to bees, such as oilseed rape, maize and sunflowers.

Bayer and Syngenta had launched a legal case at the EU’s General Court (GC) challenging the EC’s 2013 partial ban on neonicotinoids.

But the GC ruled the commission had correctly applied its “precautionary principle”, which “gives precedence to the requirements relating to the protection of public health, safety and the environment over economic interest”.

Syngenta said the court’s ruling was “disappointing and unfortunate”.

“We stand by our past decision to challenge the EC’s decision-making process concerning thiamethoxam, as it relied on a hypothetical risk to implement partial restrictions, on neonicotinoids, outside legally approved regulation,” said Syngenta, in a statement.

Bayer said it remained “convinced of the safety of its products when applied in accordance with the label instructions”.

The company said it will review the verdict in detail and assess its consequences and potential legal options.

Both companies have warned banning neonics will result in growers using older chemistry which could be more harmful for the environment and pollinators.

The Agricultural Industries Confederation (AIC) expressed disappointment at the ruling and said it firmly believes in an approval system that is based on scientific evidence, independent review and an assessment of impacts, rather than politics.

But Greenpeace welcomed the decision as a victory for bees. Its EU food policy adviser Franziska Achterberg said: “The ruling sets the EU’s priorities straight – its primary duty is to protect people and nature, not company profit margins.”

In a separate ruling, however, the GC annulled measures restricting the use of BASF’s pesticide fipronil, since they were imposed by the EC in 2013 “without a prior impact assessment”.