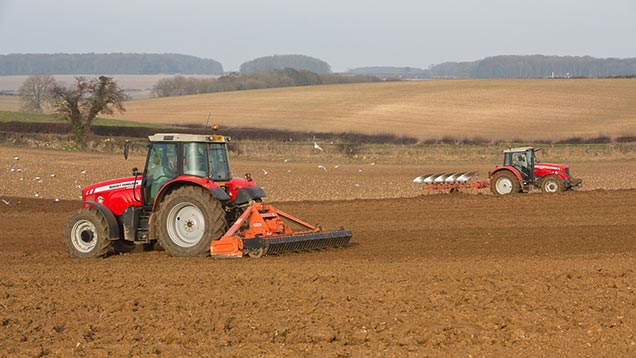 Rob Addicott barely broke even on his arable crops in 2014. Grain prices were just too low to cover his costs in many cases.

New crop prices look little better so, like many producers, he is assessing how to shave costs and boost profits in the year ahead.

As an HGCA monitor farmer in Somerset, Mr Addicott hopes to pick up and share top tips with other farmers in his group.

Having benchmarked his business for many years, he has a good understanding of its strengths and weaknesses.

“Benchmarking is about improving your margin, not just reducing your costs,” says Mr Addicott, from Manor Farm, Stratton on Fosse, some 10 miles south-west of Bath.

“It’s natural to focus on what you’re doing well, but you also need to look at what you’re not doing so well, and justify the decisions that you make,” he adds.

In 2000, Mr Addicott and neighbouring farmer Jeremy Padfield both gave up dairy production and expanded their arable areas to about 100-120ha each.

To dilute the investment they decided to share a combine and sprayer, and over the years have expanded their collaboration.

“We had an opportunity to rent another farm, and decided to share it rather than compete against each other,” says Mr Padfield.

They now farm about 600ha between them, including contracting, and they have gone down the precision farming route.

“Whenever we needed to replace machinery we have gone for bigger, more technically advanced equipment that we share,” he adds.

Sharing the machinery has enabled the pair to diversify their income through contracting – and it’s something they think other farmers should consider.

“Our machinery costs are quite high, but our labour and input costs are very competitive in our benchmarking group,” says Mr Addicott.

One of the biggest efficiencies they have made is swapping both of their 12t mobile grain dryers for one 25t larger dryer.

“We now have a weighbridge, which has become increasingly important as we tend to store the grain for contracting clients – and we’ve got enough storage to segregate the different crops,” he says.

To reduce input costs, both farmers are members of two buying co-operatives – one for seed, fertiliser and sprays, and the second for fuel and feed.

“We may revisit working more closely with the other farmers in the co-op; and we’re always looking to increase size slightly to spread the fixed costs,” says Mr Addicott.

On the output side of the equation, he and Mr Padfield work closely with local mills to find niche outlets with minimal haulage costs, and he has also changed his rotation to improve crop health.

“That was the result of a benchmarking visit to Essex, where farmers were really starting to struggle after too many close rotations,” he adds.

“On one block of land we were using 16t of blended P&K a year; now we’re using 4-5t of straights, which is a significant saving just through zoning fields, accurate soil testing and only applying what the crop needs,” says Mr Padfield.

Minimum tillage is another way to reduce costs and improve soil conditions, with block cropping an option for some producers.

Although Mr Addicott is knowledgeable about farm technology, he is not so strong on grain marketing – so he invited a marketing expert to the Somerset HGCA focus group to help fill in the gaps.

“We’re keen to look at how we can get our income more consistent so we can plan for investment better,” he says.

“Collaboration is about understanding each other’s strengths and sharing them. We have lots of common ground, have built on our strengths and are working on our weaknesses,” Mr Addicott adds.