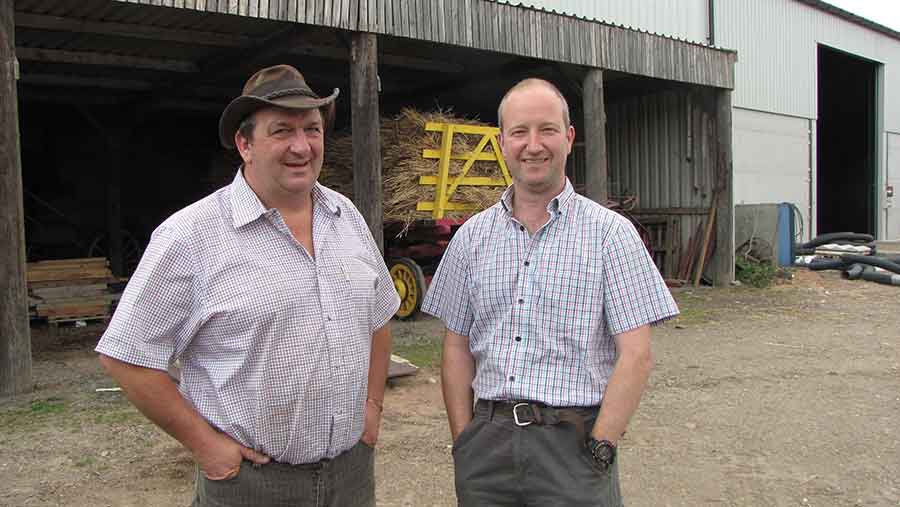 Triticale is showing potential for energy production, while finding a rotational place and keeping growing costs in check for a Nottinghamshire farming and contracting business.

Different crop options are currently being assessed for their suitability as a feedstock for the company’s anaerobic digestion (AD) plants.

See also: The rye way to feed your anaerobic digester

As these plants require feedstock all year round, it is important to look at crops which have different maturity dates as well as those that have the required dry matter content, explains director Mark Paulson.

They also have to be suitable for growing on the company’s light land farm, as well as meeting the requirements of neighbouring growers.

Many of these growers either supplying the plant directly or having energy crops produced on contract on their land by Mr Paulson, through his Sutton Grange Services group.

Maize is grown widely in a 10-mile radius around the plant, and hybrid rye has been introduced as it can be harvested earlier than the maize.

Triticale – a cross between wheat and rye – is also under scrutiny as the business looks for combinable crops which perform across a range of soil types, giving high biomass yields.

“The large-sized ear on triticale has always indicated to us that it would be suitable for AD,” notes Mr Paulson.

After talks with Senova, which distributes the triticale varieties Fido and Agostina, the farming company established some trials last autumn.

The plant also uses a range of crops including carrots, parsnips, fodder beet and grass – all to ensure that there is a supply over 12 months of the year.

“When looking at potential energy crops, we also have to consider their growing costs, whether they are a good fit in an arable rotation and if they offer opportunities to double crop some of the land,” he explains.

The plant needs  a supply of crop on a daily basis, and fodder beet tends to be used in the plant up until mid-June until other crops become available.

“We’re experimenting with a bit of grass too, as that may allow some double cropping. It is also a good route for the digestate from the AD plant,” he says.

The on-farm trials with triticale have shown early promise. The two triticale varieties, Fido and Agostino, were grown in 5ha blocks, with both yield and dry matter results being better than those of rye.

Dry matter yields were 15.1t/ha for Fido and 14.7t/ha for Agostino, giving them an advantage over rye, which had a maximum dry matter yield of 12.3t/ha.

“The two crops will be in competition with each other, so these results are relevant. Both can replace second wheats and be grown on sites which aren’t suitable for maize,” reports Mr Paulson.

He points out that there are other drivers that seem to work in favour of triticale.

“It’s cheaper to grow, which is very important in the current climate. It also does well on more marginal land and it has the required earliness that we look for,” he says.

That earliness is important for three reasons. First it is ready for the plant before the rye, second it can be helpful for blackgrass control and thirdly it provides an early entry for the following oilseed rape crop.

All of these factors are likely to be of interest to contract growers, as well as to the 1,035ha home farm, Fred Walters & Sons, at Sutton Grange, near Retford.

“Getting value from the land, as well as the AD plants, is important. As far as possible, we try to run an integrated system, keeping our haulage costs down and simplifying the logistics,” he says.

A larger area of triticale will be drilled this autumn.

“We need crop options for the plants, to keep up with feedstock demand. At this stage, triticale seems to be able to help us with that.”

Fred Walters and Mark Paulson started looking at energy production in 1996, when they became the first commercial growers of willow in the UK.

From there, they expanded into wood pellet production, selling most of their output to Drax Power Station and establishing a willow contracting business.

Six years ago, the farm’s escalating heat and power requirement prompted them to look at anaerobic digestion at Sutton Grange. They are also involved with other AD projects throughout the country.