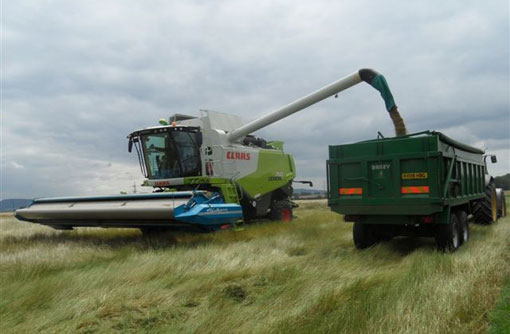 Growing herbage seed can be a profitable alternative to other spring-sown crops with gross margins in excess of £1,000/ha and the bonus of improving the soil by adding organic matter.

Plus there is additional revenue from grazing and the crop can be baled for livestock feed or bedding, says John Fairey of British Seed Houses.

As a result of a poor grass seed harvest in Europe, supply is likely to remain tight for the next couple of years and prices for seed high, he adds.

“The advantages of spring undersowing over autumn establishment are that it saves on cultivation costs because the seed-bed is prepared for two crops at once,” Mr Fairey points out.

“Herbage seed also breaks up the continuous pattern of autumn-sowing crops that is leading to so many grassweed problems, particularly blackgrass.”

Other benefits include: time to clean up stubble/plough prior to planting, no crop damage from Wessex flea beetle, which can affect autumn-sown crops in the south and increased grazing – as soon as harvest is over, there is clean grazing through the winter.

Hampshire grower Chris Read runs a mixed farm in Barton Stacey, near Winchester, consisting of 480ha of cereals and grass, 1,300 ewes and 300 followers.

Herbage seed is a dual purpose crop, which lasts two years, providing high quality forage with the benefit of extended grazing for his sheep.

He grows Aberdart, a diploid perennial ryegrass, which is drilled with spring barley and rolled with a Cambridge roller in late February/early March when conditions are ideal. Seed rate is 8-10kg/ha.

“Once the barley has been harvested for seed, the undersown grass is grazed until December if conditions allow and then it goes into the first year of seed production,” says Mr Read.

For the next two years the crop is cut in July for seed and the threshed hay is fed to his sheep or sold locally. The aftermath is used for grazing until December.

“In the second year we graze right the way through until March. We spray it off and sow linseed behind it in April. Then it goes back into first wheat for seed.”

The agronomy is straightforward, he says. The main input is nitrogen and a total of 150kg/ha is applied annually, in two splits. Sulphur is added to the first split. P&K requirements vary depending on the index of the field, but typical rates are 100kg/ha of potash and 40kg/ha of phosphate.

Grassweed control mainly occurs in the first autumn, following the clearance of the cover crop. Broad-leaved weeds may not get controlled until the spring. If the winter grazing is effective and well managed, there is often no need for any broad-leaved weed control.

Harvesting can be a slow job, he says, but growers with large areas that are vulnerable to wet weather have the option of using a stripper header to increase output.