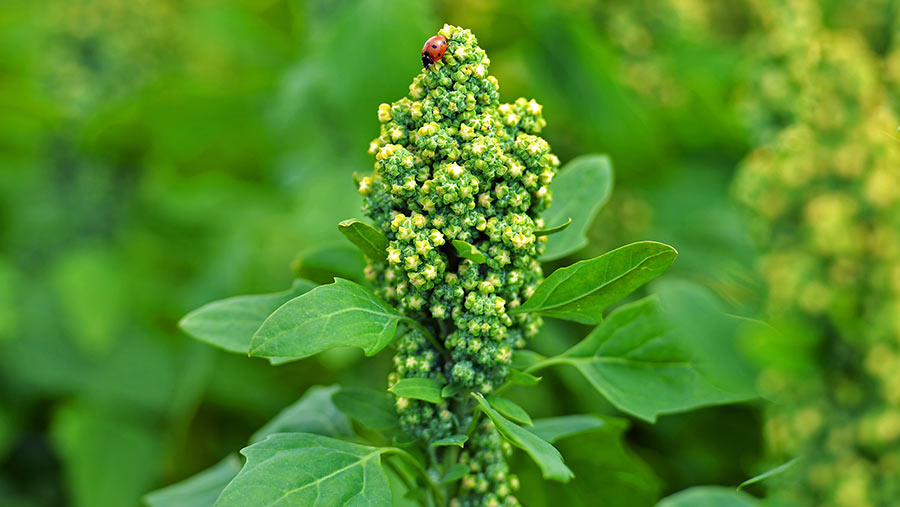 Quinoa is a “superfood” that comes predominantly from South America, and in the last five years has moved into the mainstream, on sale in many supermarkets.

One UK grower has decided to compete with the imported market by offering a British alternative.

Stephen Jones first planted the crop in 2005 on the 280ha arable farm he runs in partnership with his father near Shrewsbury in Shropshire.

British Quinoa was set up as a company in 2012, by which time Mr Jones and his father had figured out many of the establishment techniques required to grow the crop at field scale.

Native to South America, the crop is still primarily imported from Peru and Bolivia, with Mr Jones saying that they are still in the process of raising awareness in the food industry that a British product is available as an alternative.

“We are not trying to compete directly with the imported product on price – although we have to be in touch, this is much more about the traceability of the product,” says Mr Jones. 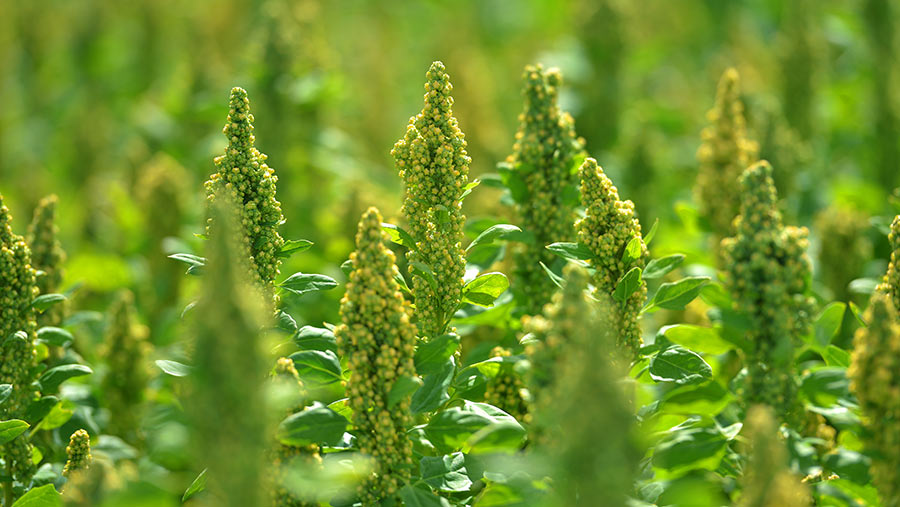 He and his father have acquired the exclusive UK rights to a variety of quinoa that has been bred by a university in the Netherlands to better suit the European climate while retaining a high seed quality, and alongside that they have worked hard to find the best establishment practices.

“We still have a lot to learn, although we are the experts at the moment,” says Mr Jones.

“It’s early days for the crop in the UK; people are after all still learning about wheat and oilseed rape in spite of it having been grown for a long time.”

As demand for their product has grown, British Quinoa has developed a network of 15 contract growers across England from Kent in the east, to Bristol in the west, and as far north as Lincolnshire.

Mr Jones explains that they have deliberately selected growers across a wide region as an insurance policy, as although the crop has now been adapted to grow in the damper British climate, the quality of seed is higher if there is not too much rain at maturation.

He is positive about the future of the crop as the growth of quinoa has been slower but more consistent than some food fads that see interest spike before falling away rapidly. UK consumers now eat about 8,000t annually. 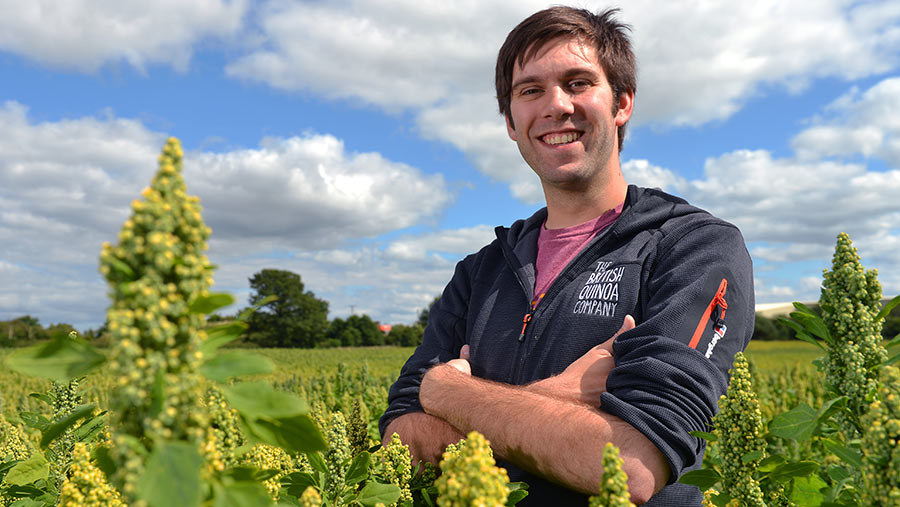 The biggest market is currently selling in bulk to manufacturers, but they are also hoping to increase the number of products they sell directly to consumers.

Current and future products include additional flavours, fast-cooking pouches, and incorporating the product into other foods such as muesli.

“We are not looking for masses of new growers, but the organic sector is growing the fastest so we would be particularly interested to hear from prospective growers who could meet that need,” says Mr Jones.

He says the current 15 growers have between 10 and 100ha planted, with the crop typically following a cereal, and grown not more than once every four years in rotation.

While the crop is not a “get rich quick scheme”, it should offer a better return than cereals, he adds.

Mr Jones says that quinoa has grown well on both their light and heavy land, pointing to the fact that it had replaced both oilseed rape and sugar beet in their rotation.

“While there is no out-and-out optimum soil type, with the crop success being more dependent on the season, there is a higher risk to growing it on the heavier land,” he explains.

Contracts are negotiated on an annual basis with the end price agreed prior to establishment, with all of the crop being bought back by the group. 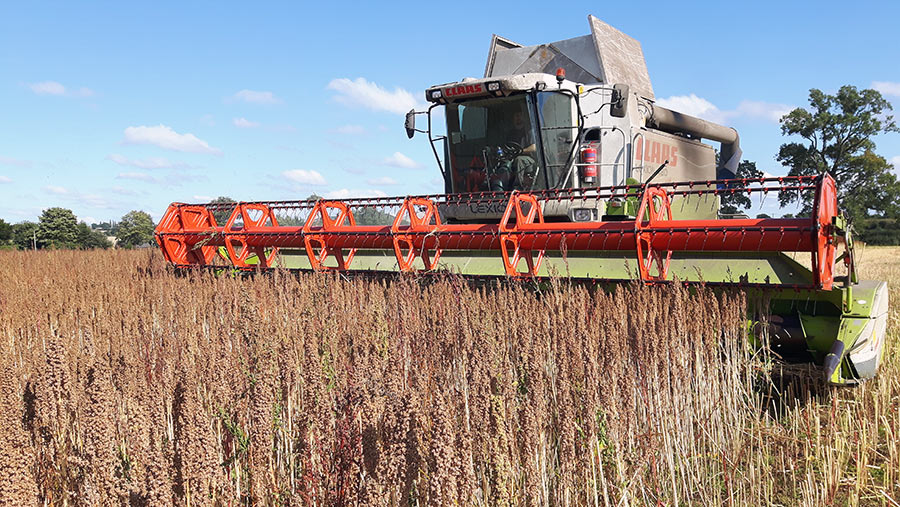 With no sprays currently licensed for use in quinoa crops in the UK, weed control is primarily down to selecting vigorous varieties, explains Mr Jones.

“Luckily, varieties that produce a good-quality grain are also ones that are best at shading out a lot of grassweeds,” he says.

When it comes to harvesting, the small and fiddly seeds do present problems for the combine, but the developments in breeding have caused new varieties to mature more evenly, making them easier to cut.