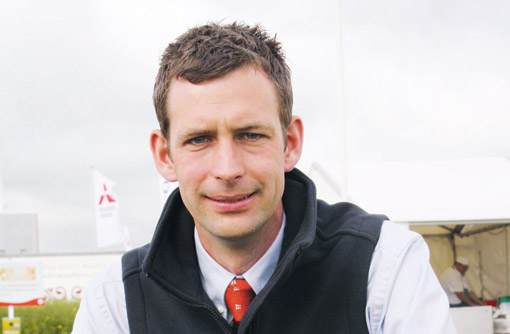 As many growers consider early wheat drilling for next season, understanding the complex array of risks will be the key to a successful harvest in 2014.

Many growers were caught out in the last drilling campaign by the deluge that saw many winter wheat crops mauled between November and February and struggling to grow away in cold and wet seed-beds.

Industry advice has been leaning towards later drilling to maximise the use of stale seed-beds in the battle against rising levels of difficult-to-control blackgrass.

However, it may be difficult to convince many growers to hold their nerve for fear of failing to establish a crop in a “normal” drilling window of late September and through October.

Despite this, adviser Agrii has been looking into the benefits of early drilling and what the implications are for growers looking to drill wheat in the last days of August and the first days of September.

Mr Southgate pointed out that yield was the biggest driver when considering early drilling, with the crop having a longer growing period to realise its potential.

But, this is offset by issues such as dry seed-beds, increased risk of barley yellow dwarf virus (BYDV) and foliar diseases, increased lodging pressure and poor blackgrass control.

“We largely have the tools to mitigate these risks, but growers must be willing to invest in the crop to realise it’s potential,” he said.

Agrii trials have shown big differences between varieties when drilled in the late August to 5 September window, which is considered a true early drilling date.

The HGCA Recommended List gives an indication of suitability for early drilling, but their early sown trials are established around 14 September and therefore don’t give a true reflection of a variety’s performance when drilled two weeks earlier.

For example, KWS Santiago out yields JB Diego by 5% on the RL, but in early sown Agrii trials JB Diego came out 12% higher.

“There are varieties that perform much better in the early slot than in a normal October drilling date, but some are flexible and perform equally well at either timing,” explained Mr Southgate.

With the blackgrass pressure higher in an early sown crop and reliance on chemical control, using more competitive varieties will be key in suppressing the grassweed.

Mr Southgate said everything couldn’t be drilled at the same time; so where blackgrass is present, prioritise the cleanest fields for early establishment.

“A competitive variety at the appropriate seed rate is important, but where there is a high blackgrass burden, a delay in drilling will be better to take it out pre-drilling.”

It was also noted that although Atlantis (iodosulfuron + mesosulfuron) is losing efficacy, early drilling allowed the product to be targeted at smaller blackgrass plants.

“You can prioritise the application for the autumn window where you will get the most out of it,” said Mr Southgate.

The effect of seed-rate on the trials has shown some interesting results, going against previous logic of very low seed-rates for the early drilling window.

“It was a crude way of getting the data, as we just took an average from all the varieties being trialled, but the trend was the same across the board,” Mr Southgate explained.

The investment in an insecticide and fungicide seed treatment is a must for early-drilled crops, according to Mr Southgate.

Crops are at higher risk from BYDV infected aphids and the build up of foliar diseases such as yellow rust, septoria and mildew.

“Deter is a must if you can get hold of it this year and a fungicide such as fluquiconazole will give around 0.5t/ha yield benefit over the untreated. 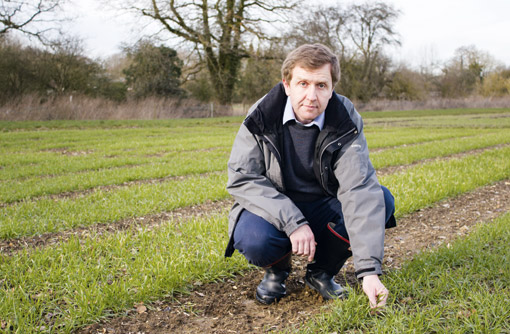 Of the many varieties on the Recommended List, there are also many different growth habits that will influence its suitability to early drilling.

“This will help smother out any germinating weeds, which is particularly important when you have blackgrass coming through,” he added.

For the same reason, Mr Flatman explained an over-tall crop that vernalises and produces its embryo ear too soon exposes it to frost damage and in the worst cases ear abortion.

“Early drillers tend to need low growth habit, so these vital stages of development are better protected against the elements,” he added.

Along with day length, variety choice has a big influence on physical development and choosing the correct one will ensure that the crop is in the right phase at the right time.

“This is particularly important in that ‘window of risk’ through the spring,” Mr Flatman concluded.

New for wheat growers – find all the news, video and data on wheat