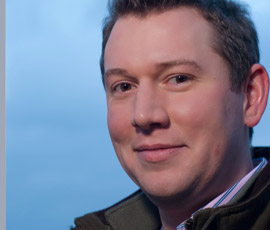 How widespread are mental health problems in the countryside?

In the general population, around 1 in 4 people will experience mental health problems at some point in their lives and 1 in 6 will be experiencing them at any one time. Overall, people living in the countryside probably have better mental health than those in towns or cities. However, those who do develop mental illness are less likely to seek help than their city-based counterparts.

Why are farmers particularly susceptible?

Stress is an important factor in the development of mental health problems and it can come from many sources. Financial pressures resulting from market fluctuations, livestock disease or poor harvests are obvious examples but concerns about policies, administration and legislation can also have their effect. Not seeking support when stress first emerges can lead to the situation becoming far more serious. Reasons for such delays might include higher levels of stigma or difficulties accessing mental health services. It is also easier for people in the countryside to become isolated or not admit to having problems, so seeking help at a much later stage or not at all.

What is the commonest mental health problem and what are the signs?

The commonest is depression and it will affect 1 in 5 people during their lives. There is a big difference between simply feeling low and “clinical” depression. When clinical depression develops, it affects the person most of the time, often for several weeks or months. Key signs and symptoms include low mood, low energy levels, lack of interest in things that would normally give pleasure, poor concentration and memory, tiredness or restlessness, problems getting to sleep or waking up earlier than usual, feelings of hopelessness and thoughts of suicide. People won’t usually have all of these symptoms but often several at once.

Due to the way our minds process distress, depression can even manifest itself as physical symptoms such as aches and pains. Given the stigma surrounding mental illness and reluctance to discuss it, physical symptoms can sometimes be the only clue that someone is developing depression.

Can depression be treated?

It is very treatable and most people will make a full recovery. Treatment options include self-help (eg exercise programmes, computer-based treatments), talking therapies (aimed at identifying unhelpful thought patterns and developing more appropriate ways of thinking) and medication (usually well tolerated, effective, non-addictive and safe). Around half of people who have depression will have another episode but the chance of relapse is reduced if treatment and support is continued.

What should you do if you think a friend, relative or neighbour is at risk from any of these issues?

The first step is to simply listen to a person’s problems. Being able to talk things through can be therapeutic in itself.

You might find that there are practical things you can do such as ensuring the person is eating well and limiting unhelpful habits such as alcohol. You might want to improve your own understanding of depression by accessing information online (see infobox). It may reach a point where these simple strategies are not helping and it is worth seeing the GP. Around 30% of GP appointments include a mental health component so they are used to assessing people with these problems. You should encourage the person to be open and honest, particularly if they have been having thoughts of suicide.

Why is it important to address depression and mental health problems rather than ignore them?

Suicide rates in farmers are among the highest in any occupational group. Approximately one farmer a week commits suicide.

It is a harsh reality that access to highly lethal means (firearms, poisons, machinery) result in a large proportion of suicide attempts in farmers being fatal. This means that even impulsive, spontaneous attempts claim many lives. Limiting access to such lethal means when a person is depressed or suicidal may save their life and enable them a chance to seek the help that they need.

Mental health problems are more common than people realise and most respond well to treatment. The challenge is for people to recognise when they or someone they know is ill and to help them to access the right support as soon as they need it.

• Royal College of Psychiatrists – for information about mental illness and treatment