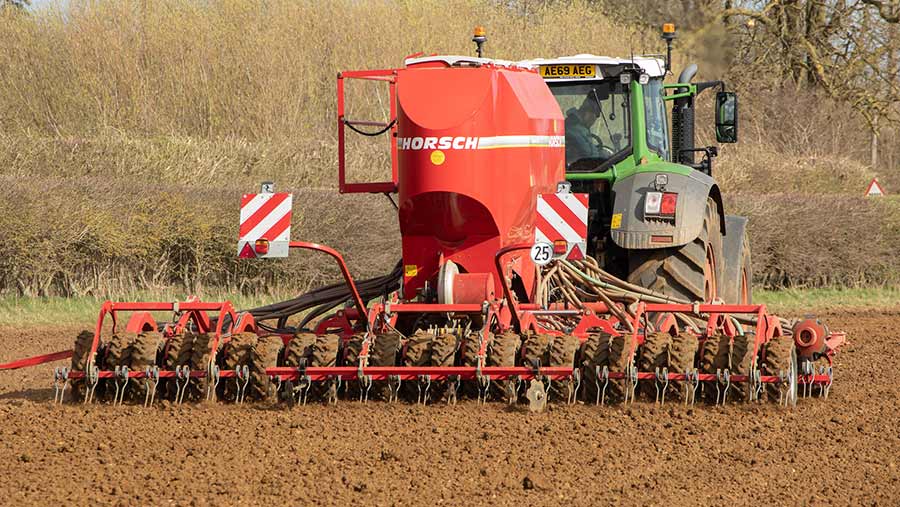 Four bean varieties have been added to the 2021 new-look variety list, resulting in nine new bean options for pulse growers.

These four varieties were still awaiting National List approval when the Processors and Growers Research Organisation (PGRO) unveiled its 2021 Descriptive List last November, so could not be added.

Three of the newcomers are the spring bean varieties Viper, Sphinx and Allison.

Viper, bred by Limagrain UK, joins the list as the joint highest yielding variety alongside Stella. In trials, it returned a yield of 108% which is 2% higher than Lynx, the highest yielding five-year variety.

From the same breeder, Sphinx has a recorded yield of 103% and a good standing ability at harvest with a score of 7, on a scale of 1-9 with nine showing the character to a high degree.

The third addition is Allison, from LS Plant Breeding, which is a low vicine/convicine type yielding 102% – just 2% behind Victus, the highest yielding five-year variety of this type.

These varieties are specially bred to contain lower levels of vicine and convicine, which are anti-nutritive compounds. This enables farmers to feed larger amounts of beans to livestock without affecting performance.

Joining the three spring varieties is winter bean Norton. Bred by Senova, it is early maturing (7) and has a yield of 107%.

PGRO principal technical officer Steven Belcher said: “We are pleased to see four more varieties gain National Listing and to add them to our Descriptive List.”