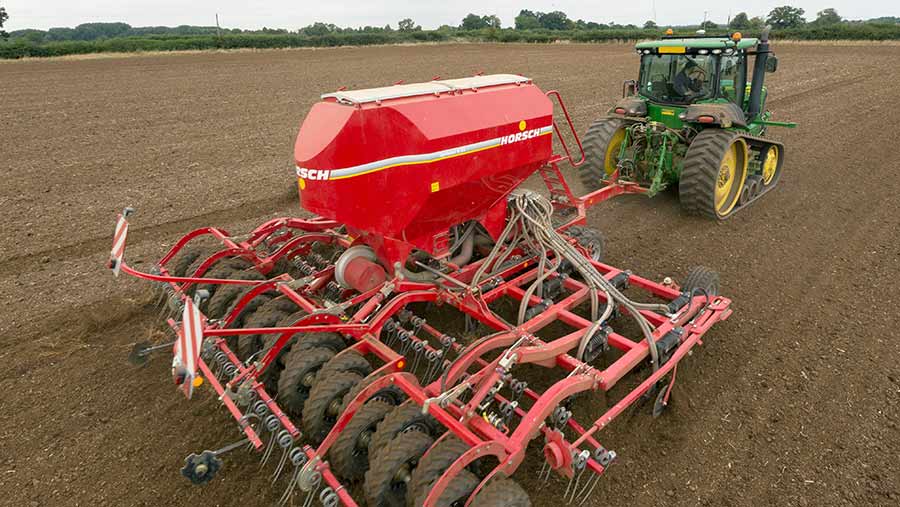 Two winter wheat varieties – Zyatt and Graham – are set to be the big winners this autumn, as growers have turned to these two for high yields alongside good disease resistance and straw strength.

Zyatt offers milling wheat growers a higher yield than rival breadmakers such as Skyfall and Crusoe, while feed wheat Graham gives good septoria resistance with flexibility over the time of drilling.

“Zyatt and Graham look to be the two winners this year as growers look to varieties with solid agronomic appeal,” he told Farmers Weekly.

Milling variety Skyfall looks set to be the best-selling wheat variety for the third season in a row, with a slightly lower share of the certified seed market this autumn at about 10% due to competition from the likes of Zyatt.

Feed wheat Graham holds on to second place with an increased market share of 7-8%, helped by its popularity in the wetter west of the country and its early maturity.

Graham made the AHDB Recommended List in 2016, with a 6.9 score for septoria resistance – where 1 is susceptible and 9 good resistance – and is only beaten by Sundance, while it offers good flexibility as it is a good variety to drill early or late.

Zyatt leaps up to the number three spot with a market share of 6-7%, as it offers higher yields than other milling competitor varieties, which is likely to be useful when milling price premiums are under pressure. It joined the Recommended List in 2017.

The variety is likely to have taken share from older milling varieties such as Crusoe – which has a lower yield and is susceptible to brown rust, and also Siskin which drops one place down to fourth.

Fifth and sixth places are set to be taken by new high-yielding feed wheats Gravity and Kerrin, with other varieties such as Costello and Diego slipping back in sales this autumn.

Dorset farm manager Martin Ford was pleased with his Graham wheat last summer, as the variety was early to harvest, yielded well and was good in terms of disease resistance on an estate where rust disease can be a problem.

“It was early to harvest, being cut in late July, and yielded well at about 10t/ha in a dry summer,” he said.

Mr Ford is growing a similar area of 120ha this season at Charborough Park, near Wareham, and the variety was drilled early – about 25 September – ahead of his specialist malting winter barley variety Maris Otter.

It is the first winter wheat to be drilled on the farm and is a slow-developing variety through the autumn, so it is not too thick through the winter months. It will be his first wheat variety to harvest. 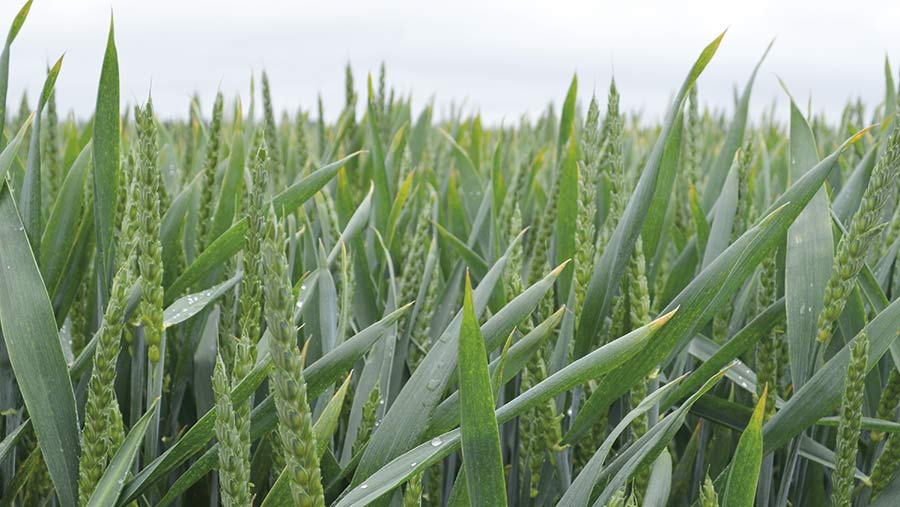 Thumbs up from the millers

Further east in Essex, Ed Ford is growing a small area of Zyatt and awaiting a clear thumbs up from the millers for the variety before switching to grow a larger area.

“We are waiting for the millers to embrace the variety, and see it as a potential replacement for Crusoe,” he said.

He grew 5ha last season, when it match Crusoe for yield, and is growing the same area this season on his farm in south Essex, where he grows about 300ha of milling wheat.

He farms 600ha of arable land with his family at Childerditch Farms, just south of Brentwood. They grow Crusoe, Skyfall, the small area of Zyatt and the German wheat Montana on some the heaviest clay soils in England.

Over in Herefordshire, Ally Hunter Blair is sticking with Siskin after switching to the variety in autumn 2017 from the older, more disease-susceptible feed wheat Santiago.

“Siskin is a very robust wheat and has a good disease resistance profile and last season we managed to cut out a T0 fungicide spray,” he said.

All his 40ha of winter wheat at Weir End Farm, near Ross-on-Wye, is in the variety and he is aiming for a yield of 10t/ha on his light, sandy land.

Grain traders say Siskin is still a popular variety as a Group 2 milling wheat that could give a small price premium, but its straw is slightly weaker than some of its rivals.

Among other wheats, the biscuit-making Group 3 variety Elicit is likely to take a big share of that market, as others such as Basset and Barrel fall back slightly.

Among the feed wheats, the market is led by Graham, but newer varieties such as Gleam – despite a lack of seed – and Kerrin and Gravity have done well.

This season, the use of farm-saved seed is set to increase, with certified seed sales set to take just a touch more than half of the overall wheat seed market.

The national wheat area is set to be as much as 5% higher this season, says James Maw, managing director of grain trader Glencore Agriculture UK, for a number of reasons.

Disappointing yields from last season’s spring crops, the mild, dry, drilling-friendly  autumn, the lack of bean seed as a replacement crop and the economics of wheat production will all encourage wheat drilling

Mr Maw emphasised the good returns from wheat, with the forward price for feed wheat trading at £150-£155t/ ex-farm for harvest 2019.