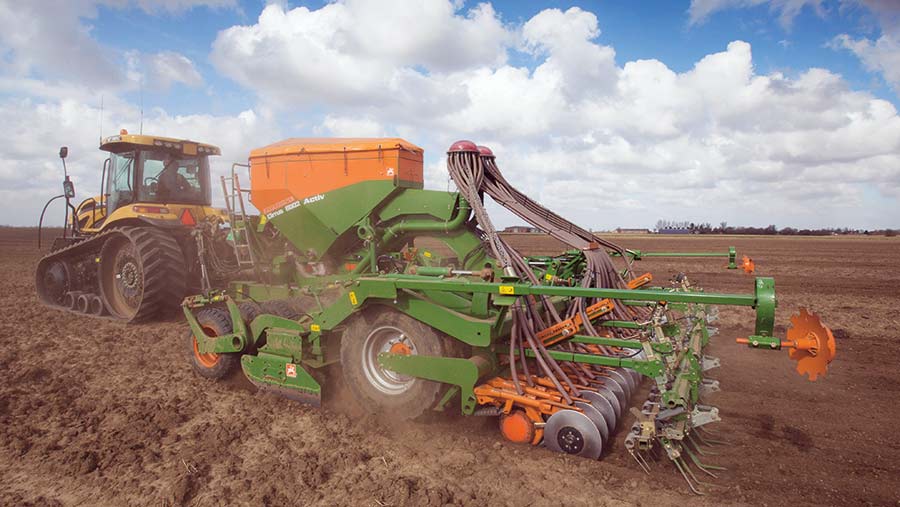 However, Trevor Cope of Cope Seeds says that it was not just a UK problem, it also affected northern Europe.

Consequently, Germany, which is a big buyer of bean seed, has effectively bought up supplies from the surrounding countries.

This has resulted in a Europe-wide shortage of the varieties that UK growers are familiar with, such as Fuego.

To help meet UK demand, Lincolnshire-based Cope Seeds has secured supplies of two Eastern European varieties, which are comparable with Fuego. Bobas and Merkur are popular varieties in Eastern Europe, grown in Poland and Lithuania.

Bobas is the higher yielding of the two, outyielding Fuego in trials – it has stiff straw and has good lodging resistance. Merkur is is similar in yield to Fuego, although is taller at 117cm and is tolerant to spring ground frosts.

While imported seed cost about £100/t more because of the extra haulage, he believes this is offset by the better seed quality.

Seed testing shows the imported seed has a germination of 90-95% and is free from ascochyta and stem nematode.

In the UK, derogations have been granted to reduce the germination rate for about 7,000t of UK seed. The threshold was lowered from 80% to 70%.

“So if you assume a thousand seed weight of 550g and are aiming for a plant population of 50/sq m and 5% field losses, farmers will need to drill 385kg/ha of seed with a 75% germination.”

“This saving, along with the better vigour from the higher-quality seed, offsets the higher cost of imported seed,” he says.

There is also a shortage of spring oat seed, but this is more of a seed quality problem as yields tended to be less affect by last year’s drought.

As with beans, it is European-wide shortage as the Scandinavian countries have bought up seed stocks. Cope Seeds has secured supplies of Yukon and Atego, which UK growers are familiar with.

Also available is a new variety Earl from an Austrian breeder with a comparable yield with to Aspen on the UK Recommended List offering a high specific weight and good stiff straw.