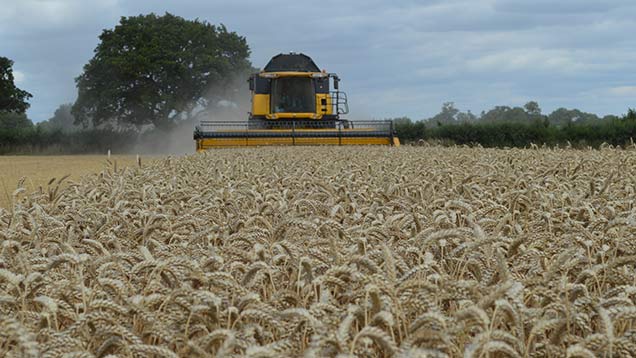 Winter wheat yields are now 4% above the five-year mean in AHDB variety trials, with the average rising to 10.62t/ha.

Results to date cover 10 trials sites, with the Suffolk site still in pole position with 12.95 t/ha recorded for the average of the control varieties.

While yield alone is not the mark of a good-quality variety, yields of Nabim Group 1 varieties Skyfall (102%), Trinity (100%) and Crusoe (98%) all look favourable.

When selecting varieties for next season, the AHDB says five-year average values give a better representation of performance across different seasons. At this stage, three Group 4 hard feed varieties performing well are Reflection (105%), Evolution (105%) and Santiago (105%).

Quality wheats with good five-year average results are Skyfall (102%) and Lili (103%) from Groups 1 and 2, respectively. Britannia (103%), a Group 3 biscuit wheat, has yields equal to many hard and soft feed varieties.

Looking to the future, it is too early to identify their quality performance, but on yield, the potential bread-making variety Siskin (108%) and the potential hard feed varieties Silverstone (107%) and Belgrade (106%) are performing well against the control varieties in 2015.

Control varieties used to calculate a yield of 100% are JB Diego, Gallant, Invicta, Santiago and Crusoe.