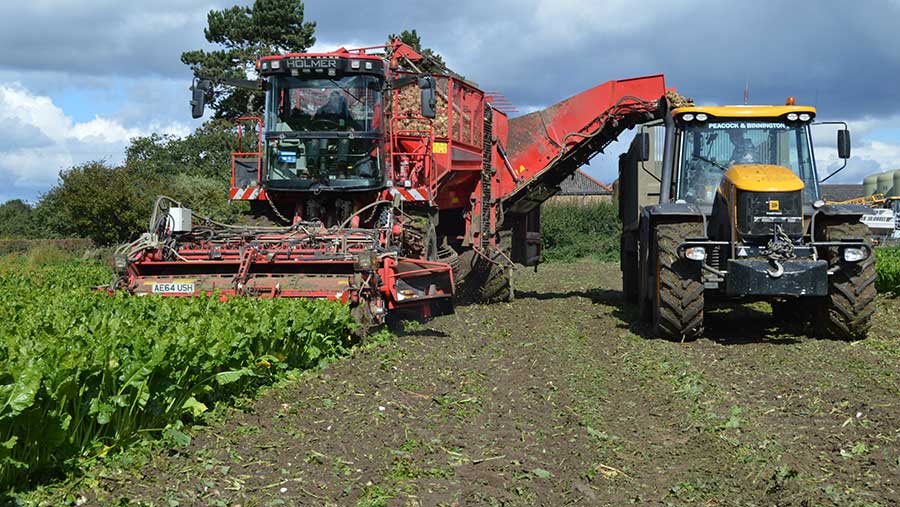 The sugar beet lifting campaign kicked off more than a week early on Thursday with high hopes of bumper beet yields and a near-record national harvest.

British Sugar’s factory at Newark in Nottinghamshire was the first to open its doors on 14 September, and early-lifted crops were showing high sugar contents and promising yields following favourable recent rainfall and temperatures.

In neighbouring Lincolnshire, Nick Marshall started harvest on 14 September and his early crops had high sugar contents of 16.5% and were yielding towards an estimated 60t/ha. He is farms manager for Aubourn Farming Ltd covering just over 2,000ha of arable land.

Mr Marshall grows 100ha of beet at Malborough Farm, 10 miles north-east of the Newark beet factory, on a range of soils, from the medium loams where the beet harvesting was just starting, to heathland which he expects to yield towards 80t/ha.

“Root size is pretty good and we are expecting above-average yields. We are one week early to lift this year, yet the crops look very good,” he told Farmers Weekly.

Watch the video below to see the start of beet harvesting at the farm Mr Marshall manages in Lincolnshire.

Beet processor British Sugar is expecting a sugar crop in excess of 1.4m tonnes this year, sharply up from last season and close to the record yield of 1.45m tonnes harvested from the 2014 crop.

Nick Morris, British Sugar’s agricultural business manager at Newark, said an early sugar content of 16.5% was encouraged, when usual first lifts of beet are usually about 16-16.5%, and sugar contents are likely to rise to the end of November, when they could be more than 18%. 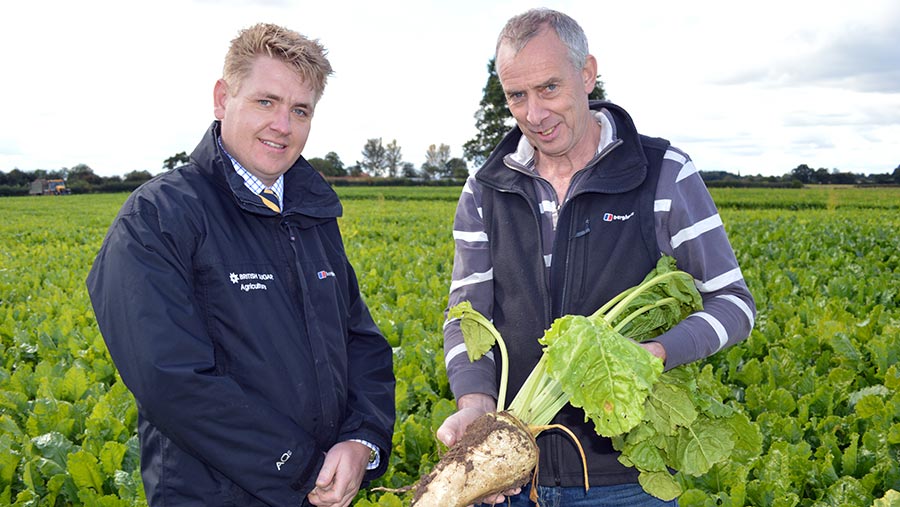 See also: Can sugar beet survive in a future without neonicotinoids?

Mr Morris expects crops on the light heathland, south of Lincoln, could yield very well at more than 100t/ha, and above the medium-term average national yield of 75t/ha.

“We have conducted 500 test digs in August and in the first half of September, which have given an early indication of an above-average crop,” he said.

Mr Morris added that yields are set to rise as the harvesting campaign progresses, and in the exceptional year of 2016, crop yields rose by 50% from the start of the lifting to the end of the year.

With the prospect of a big beet crop, the Newark factory has opened earlier than normal, and is building up to receive 400-plus 29t beet trucks, arriving each day until March 2018.

The harvest for Britain’s 3,500 beet growers will pick up as British Sugar’s three other plants open with Bury St Edmunds in Suffolk due to start processing on 18 September, and then its two Norfolk plants at Wissington and Cantley opening on 25 September. 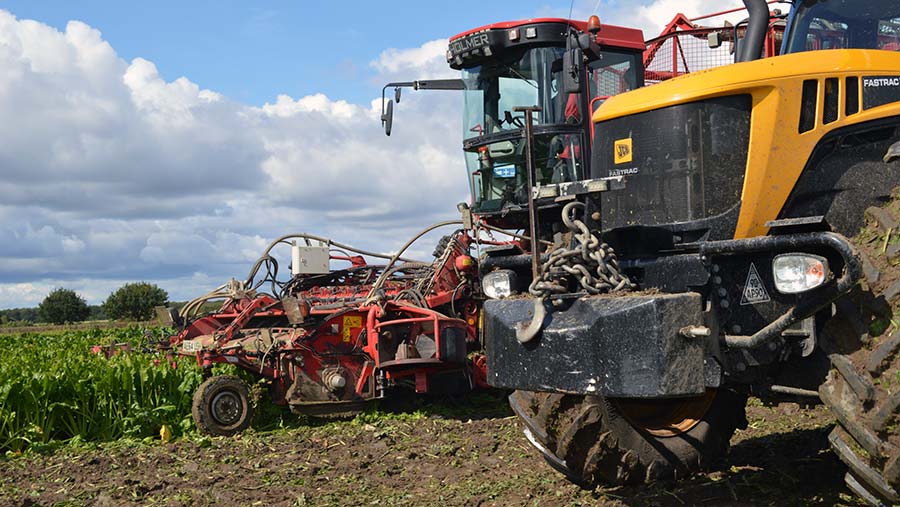 The sugar beet crop area this season is up by one-third to some 107,000ha, encouraged by higher beet prices and the ending of European Union quotas in October 2017.