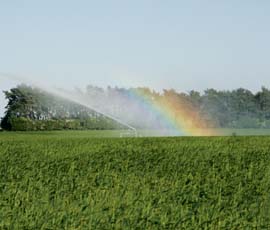 Dry weather is taking its toll, with crops speeding through growth stages, and increasing yellow rust risk, according to our Crop Watch agronomists.

Growers might be tempted to reduce fungicide rates, but heavy dews were providing just enough moisture to spread disease, he added. “I have a field of Warrior winter wheat breaking out with yellow rust under these hot conditions, and this has a resistance rating of nine.”

Most oilseed rape was looking well and had up to 46 pods on the main raceme, said Mr Bachoo. “However, some crops are disappointing, with a large number of pods missing or they are refusing to flower.”

Crops were at 30% petal fall stage and were ready for sclerotinia fungicide treatments, he said.

Wiltshire was similarly affected by drought stress, which was causing crops to rush through their growth stages, said Dan Dines from Wessex Agronomy Services. “Wheat can be found with the flag leaf emerging and blackgrass is also heading early this year.”

Deciding which T2 flag leaf fungicides would be used was proving difficult because the dry weather meant it was difficult to predict disease risk. “Disease pressure, weather and yield potential all need to be considered, and in many cases the T1 has not been on too long,” he said. “But remember, the T2 is in theory your most important fungicide and reducing rates drastically means you have no insurance.”

To avoid stressing crops further he was advising growers not to use complex tank mixes and avoid spraying in hot weather when there was increased risk of crop scorch.

In Yorkshire, the T2 timing on winter barley was approaching as awns started to emerge, said Arable Alliance agronomist, David Martindale. “With the weather being so dry and disease pressure low, this T2 fungicide will be a top-up to protect recent growth and take the crop through to harvest.”

Winter beans were beginning to flower and would soon need to be treated with a T1 fungicide, he said. “This is mainly for the control of chocolate spot, which is evident in the base of several crops.”

In spring beans, pre-emergence herbicides had struggled to work effectively due to the dry soils and a higher number of crops needed some post-emergence bentazone to control weeds such as bindweed, mayweed and volunteer oilseed rape, he said.

Lincolnshire Farmacy agronomist, Philip Vickers, said varieties with poor disease ratings growing in stressed situations were breaking down to yellow rust and mildew rapidly. “Oakley wheat and Saffron barley need particular attention. We have been spraying the Oakley for rust every three weeks,” he said.

Fungicides with greening effect, such as those based on boscalid (SDHI), a strobilurin or prothioconazole were his preferred options.

Oilseed rape crops were suffering from relatively high levels of seed weevil, which needed to be controlled as soon as possible. However, when applying treatments bee safety should be of paramount importance, he said.

Most sugar beet crops were looking well, but several fields still had seeds that were yet to germinate, said Mr Vickers. “Weed control products are working slower than usual. This, coupled with recent high winds limiting spraying opportunities, means spray intervals will have to be tightened.”