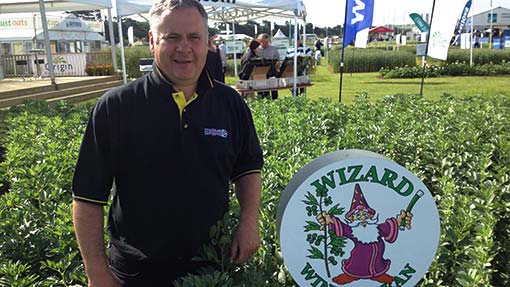 The pulse growing industry has played down fears of a seed supply shortage this summer following the government’s decision to include peas and beans on the EFA list.

Plant breeders and pulse specialists Wherry & Sons welcomed the inclusion of nitrogen-fixing crops, such as field beans and peas, in the menu of ecological focus areas (EFA) to meet CAP greening requirements in England.

“This is a positive step for food production in this country and it will help the environment,” said Peter Smith, director of Wherry & Sons.

But these numbers could rise sharply once more farmers realise they can receive farm support to grow pulses, said Mr Smith.

Yet he believes the UK should be able to cope with any sudden rush in demand for seed for peas and beans this season.

“I don’t think it’s going to be a floodgate. Peas are a special crop to grow and they (growers) have got to know what they are doing,” said Mr Smith.

“We don’t want to see feast or famine on supply – it’s not good for anyone.

Over the last few years, farmers attracted by higher prices have chosen to grow more wheat and oilseed rape and many have forgotten about the value of having pulses in the rotation, he added.

“They fix nitrogen for the following crop and are a great break crop to help farmers deal with blackgrass,” said Mr Smith.

“Some farmers like to grow winter beans to help get rid of blackgrass. Sometimes it’s the only time they plough in the rotation and they can bury the blackgrass deep down.

Catch up on all the Cereals 2014 news and features

Although many farmers may already have made their cropping decisions for this autumn to include winter beans, he anticipates a much bigger increase in people growing pulses next spring.

Roger Vickers, chief executive of the Processors & Growers Research Organisation (PGRO), said: “There has been tremendous interest in growers wanting to know more about pulses in the crop rotation.

“People are wanting to know what the CAP greening decision means for them.

“But they still have some uncertainty about how to interpret the EFA requirement.”