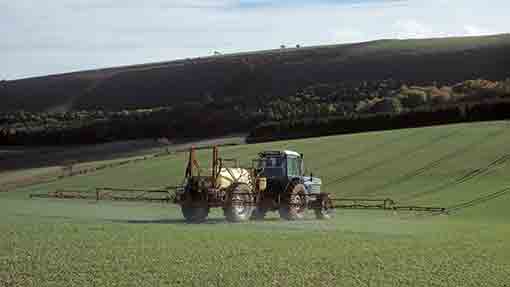 The continuing open autumn is allowing aphid populations to build and cereal crops must be protected against the threat of barley yellow dwarf virus (BYDV).

Farmers Weekly first reported the potential for a problem with virus-carrying aphids on 26 September, when numbers being found in traps were still relatively low.

However, since then conditions have been perfect for aphids to thrive and higher than average numbers of the bird cherry aphid – one of the main vectors of BYDV – are being found in Rothamsted Research’s nationwide network of suction traps while numbers of the other main vector, the grain aphid, are also predicted rise.

With Deter (clothianidin) insecticide seed treatments in the earliest-sown cereal crops running out of steam, there are concerns of significant damage to wheat and barley crops through BYDV infection.

Rothamsted’s aphid expert, Richard Harrington, says there is potential for a lot of virus spread if the mild weather continues and growers do not ensure crops are protected.

“It is the second-generation offspring that pose the biggest threat to cereal crops and will need to be controlled before they can spread BYDV through the crop,” he says.

BYDV is most damaging when young plants are infected during the autumn, with plants beyond growth stage 31 more able to tolerate the infection.

Preventing spread from the movement of second-generation progeny within the crop is crucial to prevent significant yield loss, with no treatment for the disease itself available.

“It has been a fairly open autumn with mild conditions. This has let many growers drill early but it has all left them open to the threat from aphids.”
Stuart Hill, Frontier

The treatment trigger is based on a T-sum calculation that takes the mean daily temperature, minus 3C, adding them up until the total reaches 170 – the point which could potentially be the start of the second-generation of wingless aphids that are the primary vector within the crop.

Monitoring crops for the pest will also help aid any treatment decisions based on the presence of wingless aphids.

Stuart Hill of distributor Frontier warns growers to prevent a repeat of the situation two years ago, when mild conditions led to a big increase in the aphid-borne disease.

“It has been a fairly open autumn with mild conditions. This has let many growers drill early but it has all left them open to the threat from aphids.”

Control relies heavily on pyrethroid-based sprays and Mr Hill says growers should ensure that they invest in higher quality products such as Hallmark and use at full rates to get the best control.

“Where there is a concern that the dressing is running out and it remains mild and the T-sum value is reached, a pyrethroid treatment will be essential.

“In our earliest-sown cereals it will coincide nicely with our post-emergence herbicide treatments in early- to mid-November, but if we get some cold weather and T-sums aren’t reached there is no need to spray,” explains Mr Harrison.

He believes that late in the aphid migration a cost-effective knockdown pyrethroid such as cypermethrin will be enough to prevent winged aphids spreading.

There is no incentive to reduce rates and with resistance a risk when using insecticides, we don’t want to aggravate that.”