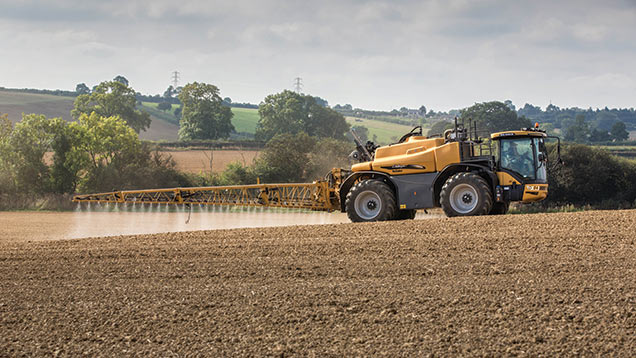 Oilseed rape growers in high risk areas are being urged to follow tighter guidelines on the use of the key herbicide metazachlor this autumn, to safeguard its future.

This includes a new lower maximum dose and earlier cut off for those in high risk areas.

Metazachlor is the foundation of many oilseed rape herbicide programmes either on its own or in combination with other actives, says BASF head of business development and sustainability Rob Gladwin.

“So there is a lot at stake,” says Mr Gladwin.

The issue is that the active was being seen in surface water (see ‘Firms seek reduction rather than ban’, below) and there is increasing regulatory pressure to cut levels.

Mr Gladwin believes the key to reducing the risk of metazachlor moving to water is to think agronomically and then stewardship benefits will follow.

Maximising establishment means getting the crop in the ground in good time, preferably before the end of August.

Then go earlier with metazachlor. “You will see better herbicide efficacy and an earlier removal of weeds will maintain more crop potential,” he adds.

“This also means any active dissipates before drains flow.”

For this autumn, the guidelines produced under the Metazachlor Matters joint European initiative by BASF and Adama, which were first launched last year, have been toughened up.

There are two critical elements – dose and timing.

“On dose, reduce the rate and it reduces the concentration in drain water,” says Mr Gladwin.

Therefore, the guidelines, now include a maximum dose of 750 of active/ha.

“We’ve taken the decision to withdraw Novall (metazachlor + quinmerac) so now all products deliver this amount when applied at the label rate,” explains Mr Gladwin.

Before this change, farmers typically applied 750g/ha-1,000g/ha of active.

Finally with timing, the guidelines fall into three areas depending on drainage and whether they are in a Safeguard Zone (farmers can check if they are in one at www.wiyby.co.uk).

For crops on undrained land, there are no timing restrictions.

However, where seed-bed conditions are favourable and drains are not flowing applications can continue to apply until the 15 October cut off.

Third, drained land in Safeguard Zones, no application to be made after 1 October, he explains.

In conclusion, by establishing crops in good time, making applications before drains start flowing and limiting the dose, the risk of the active moving into surface water will be reduced.

However, while these guidelines are voluntary, Mr Gladwin warns: “Growers can ignore them, but if they do, we will end up with something much more restrictive.”

Firms seek reduction rather than ban

Water companies are looking for a 50% reduction in the metazachlor peaks seen in river water, rather than a complete ban on the active.

Jodie Rettino, catchment manager at Severn Trent Water highlights that the limit for pesticides was 0.1 microgram/litre.

“Its removal costs £150/1m litres of water and with a typical treatment plant processing 26bn litres a year, which comes to £4m for one site. And we have 16.”

But it is not just the cost, under the Water Framework Directive, there is an obligation for no deterioration in water quality. There is a lot of regulatory pressure to see falling levels.

Adama senior crop team leader Paul Fogg explains: “Water companies are not allowed to put in new treatment plants, therefore, there is a need to reduce levels in catchment. It has to be source control.”

Safeguard Zones are areas where action is needed to address a water contamination and there are eight for metazachlor in England.

In these zones, everyone is expected to work together to reduce levels and Ms Rettino believes working with farmers is way ahead.

“A ban is not the solution.”