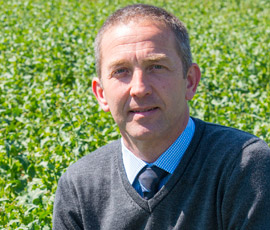 Above average temperatures in early autumn have proved ideal for strong oilseed rape establishment, but conditions have also been perfect for insect pest activity.

Most crops have signs of beetle feeding damage and aphid activity, along with many crops in the South even suffering attacks from turnip saw fly larvae.

“While most farms are incredibly busy establishing wheat, oilseed rape growers must still be vigilant for early signs of pest activity, and be prepared to act quickly,” he advised. 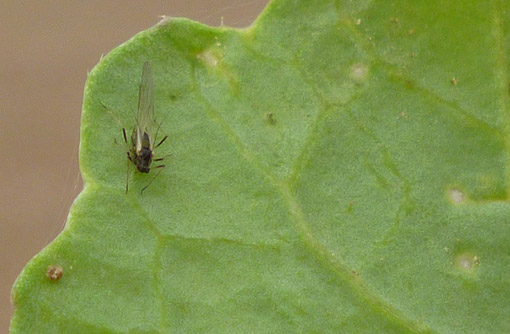 Mr Roberts advocated control of flea beetle and stopping damage by most other insect pests would be best achieved with an application of the pyrethroid Hallmark (lambda-cyhalothrin).

“While most farms are incredibly busy establishing wheat, oilseed rape growers must still be vigilant for early signs of pest activity, and be prepared to act quickly.”
Syngenta field technical manager Simon Roberts

“That would also control most aphids, except where pyrethroid-resistant myzus persicae are present. Where resistant myzus are suspected, growers would have to switch to pymetrozine.”

Control of myzus persicae is especially important, since it is the primary vector of turnip yellows virus (TuYV) that can reduce oilseed rape yields by up to 30%. Early season virus infection is likely to lead to greater yield losses. Monitoring of aphid populations has revealed numbers of pyrethroid-resistant myzus have increased significantly over recent months.

Most well grown oilseed rape crops should now avoid the worst of damage from flea beetle feeding activity. “However, any later emerging seedlings could still be hit, and the damage from the characteristic “shot-holing” of leaves puts plants under additional stress that could make them more susceptible to other problems,” he advised.

“Establishing strong, compact plants with good root systems now, will give the potential to drive up oilseed rape yields in the spring.”

Gear up to battle slugs as autumn weather arrives