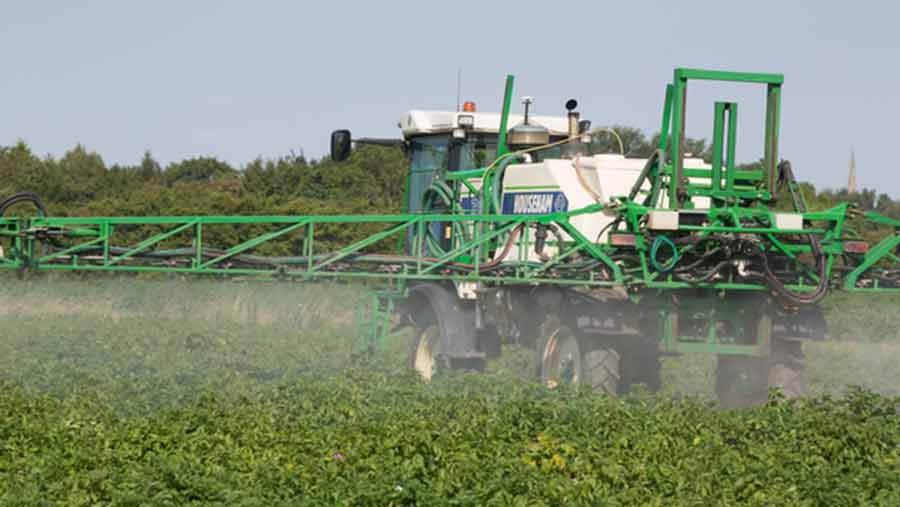 Potato blight could be an even bigger headache for spud growers this season after a wet and warm winter has created the ideal weather conditions for the spread of the disease.

Late blight is the most damaging disease for the £4.8bn British potato industry, and the lack of frosts means that outgrade potato piles and groundkeeper plants could be sources of early season infection.

Temperatures in December were comparable with those in October, April or even May, with the month being the warmest and wettest December since 1910 by a big margin.

Late blight disease specialist David Cooke of the James Hutton Institute warns that the disease can spread quickly in the crop’s foliage and can be costly to the industry.

“Following the wet and warm winter, if this weather trend continues, any weakness in control plans will be exploited by the pathogen and could result in crop losses during the growing season,” Dr Cooke said.

Despite a low disease year in 2015 with only 58 reported outbreaks compared with 267 in 2014, Dr Cooke urged growers to be vigilant, especially controlling potential disease sources in outgrade piles and groundkeepers.

He reported that strains 13_A2 and 6_A1 dominate populations and both are more aggressive and fitter than previous common strains, and they can infect a plant more rapidly.

The AHDB’s Fight Against Blight (FaB) campaign will continue its free alert service for levypayers, with improvements being added for the 2016 season.

These enhancements will allow growers to interact more with the service and get even further advanced warning of blight-perfect conditions. (See more at potato.org.uk/fight-against-blight).

Dr Cooke had been speaking at a number of AHDB Potatoes’ winter forums concerning the threat from late blight.