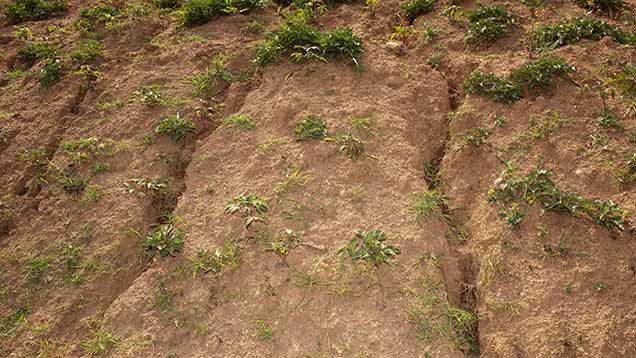 All European member states have to achieve a good qualitative and quantitative status of waters by 2015 under the Water Framework Directive (WFD). If the UK doesn’t meet compliance it could be faced with a fine worth millions.

Stephen Marsh-Smith, executive director of the Wye and Usk Foundation, said the UK would seriously struggle to meet compliance if nutrients continued to be leached from farmland.

He said phosphorous levels were too high in parts of the Wye and Usk rivers and as a result, species of salmon and crayfish were lower than the required standard.

Dr Marsh-Smith blamed the advent of anaerobic digestion plants and the high number of acres of maize now being grown to feed AD plants.

“We are not actually farming for food anymore, we are farming to fill AD plants and that’s causing run-off,” he said.

“Farmers are planting [maize] crops inappropriately on sloping ground and they are not taking the proper precautions to minimise soil erosion.”

Poultry farms, he added, were also contributing to the problem as chicken manure contains high levels of phosphorus, which is running off farmland into rivers.

“We are losing soil at a completely unsustainable rate. It is damaging our rivers, it is wrecking our farmland and we are going to fail the water framework.”
Stephen March-Smith

“We are losing soil at a completely unsustainable rate. It is damaging our rivers, it is wrecking our farmland and we are going to fail the Water Framework Directive,” he warned.

In England farm advisers from the Wye and Usk Foundation have been visiting farms and helping farmers produce of plan of action to reduce the risk of dirty water entering water courses.

“It has been very successful and so far we have visited 360 farms,” said Dr Marsh-Smith.

“I would like to be able to extend the work we are doing across every farm in Wales.”

In order to achieve this, the charity is applying for the Nature Fund in Wales and the Catchment Restoration Fund in England to be extended to help farmers pay for 50% of improvements needed, such as fixing leaking gutters and increasing slurry storage capacity.

“The problem is serious, but it can be fixed, but not if we carry on the way we have so far,” Dr Marsh-Smith added.

NFU Cymru president Stephen James said farmers have an inherent interest in maintaining their land in good condition and in assuring its long-term fertility and productivity.

“We would stress, therefore, that addressing water quality using a single-issue approach will not deliver the necessary improvements to deliver on Water Framework Directive goals.”

He added that it was also a requirement for farmers and growers to maintain good soil standards under CAP rules.

* If you are farming in the Wye and Usk catchment areas and would like advice please contact the foundation on 01874 712074.