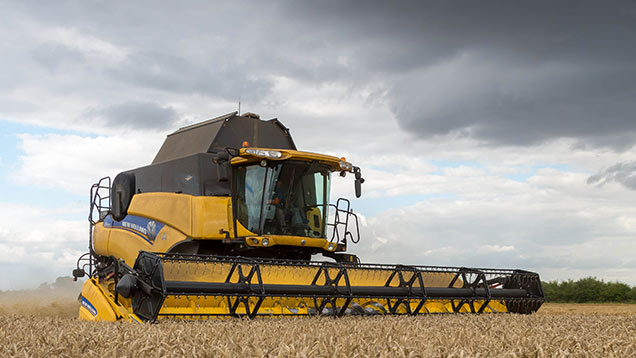 After a run of rain-wrecked Augusts, farmers fear another washout harvest could be on the horizon.

A spell of short, intense periods of rainfall over the past 7-10 days has dampened harvest progress across many parts of the UK, especially in south-west England, Wales and Scotland.

The changeable conditions have slowed harvest progress and some farmers are up to two weeks behind schedule.

Following a dry start, August 2015 is finishing wet. Frequent spells of rain are raising fears of a harvest disaster, as well as delaying autumn plantings and cultivation.

A variable picture of harvest progress is emerging across the UK. In Essex, some farmers have finished harvesting wheat, but in Scotland, wet weather has delayed spring barley harvesting.

Pembrokeshire grower Perkin Evans, who farms at Crug-Las Farm, near Solva, said concerns of a washout harvest were mounting.

Top 10 wettest Augusts on record in the UK

“We haven’t been out combining since a week Tuesday (18 August),” said Mr Evans, who is also NFU Cymru’s combinable crops board chairman.

“We had two inches of rain a week last Wednesday and another washout on Saturday. We were about to go yesterday (26 August), but by the time we got the combine out, it was raining again.

“We are not going to get anything cut for the next three to four days because rain is forecast every day.”

Mr Evans described the delay as a “real shame” because yields have been excellent.

“It’s one of our best yield years for winter barley and we are halfway through the wheat. We have never had a 5t/acre crop of wheat until now,” he said.

“But the pressure is on now, it’s getting serious. We need to get this crop out of the ground. We need to be drilling oilseed rape, but the fields are not ready.”

Mr Evans said a lot of straw still out in the field needed baling and quality was diminishing. Prices were low, but demand for straw was high, he added.

“In some parts where farmers have had drier weather, harvest is progressing well. In other parts, they have been managing to dodge between the showers and get bits of work done.

“The Orkneys have had monsoon weather since early spring and farmers are very fearful about yields. It is a predominantly mixed farming area and straw quantities will be variable, which is worrying.

“With the likelihood of a protracted spring barley harvest and the added cost of drying crops, people are worried about what they might find. There is a lot of concern about trade and low prices as well.”

According to the Met Office, up to 16 August this year, the UK had on average 39.3mm of rainfall – 6% below the mid-month average for August.

But parts of the country have since seen short, intense spells of rainfall. For example, Heathrow had 47.8mm of rainfall between 10am and 10pm on Wednesday (26 August) – the equivalent of nearly half the average monthly rainfall for August.

Met Office spokeswoman Nicola Maxey said sunshine and showers would be the theme of the Bank Holiday weekend, with drier weather forecast for the week from Monday (31 August) onwards.

Ms Maxey added: “August is traditionally the wettest month of the summer. However, the projections are for wetter winters and drier, hotter summers in the UK.

“That does not mean that because of global warming and the temperature going up we are not going to see the odd wet summer.”

The NFU has launched its annual harvest survey. Take part in the survey before 27 September for your chance to win a Cat S40 smartphone.