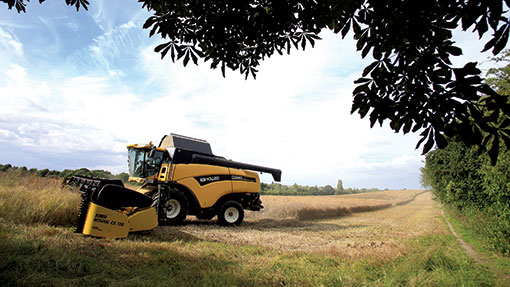 Current wet weather is set to raise the risk of yield-sapping oilseed rape diseases, such as phoma and light leaf spot, for already hard-pressed growers.

The driest September on record has delayed the onset of these diseases, but now experts believe phoma is likely to spread and light leaf spot emerge.

“The wet weather will encourage spore release and infection of crops,” she says.

Dr Ritchie started seeing phoma lesions in crops near her base in Boxworth, Cambridgeshire, two weeks ago and expects more to emerge in the next few weeks. She urges growers to monitor disease levels, especially in later-sown, more backward oilseed rape crops.

The threshold for a fungicide spray is when 10-20% of plants are infected with phoma, and she advises that smaller crops should be treated first.

The choice of products includes azole fungicides, with prothioconazole having good curative action, and others such as metconazole and tebconazole being more protective and also having some growth regulatory effect.

There is also a new SDHI-strobilurin product Refinzar available, and another azole difenconazole (Plover) for phoma control.

Dr Ritchie has not seen signs of light leaf spot but this other wet-weather disease could be a problem after high levels were reported on pods and stems at harvest.

Richard Elsdon, technical manager at United Oilseeds, says he did not see any signs of phoma in a Wiltshire crop this week but expects the disease to arrive soon after recent rain.

“In the South, phoma is the number-one enemy in the autumn so we advise growers to be vigilant,” he says.

Nick Myers, head of crop production at distributor ProCam, predicts a surge of phoma over the next few weeks, which could be closely followed by light leaf spot.

He says with phoma coming in later there is more scope to combine the two autumn fungicide sprays often used by growers as many of the phoma fungicides have activity against light leaf spot.

“The way it is shaping up could mean we are looking at a one-hit application in late October to early November,” he adds.

Over in the wetter West, crop consultant David Lines, Herefordshire, reports less than 5% of plants are infected with phoma.

He urges growers to monitor crops and apply a fungicide when thresholds are reached, focusing on the smaller backward crops.

“Light leaf spot and phoma both have the potential to explode with warm, wet conditions, and I think growers will need to be thinking about applying a fungicide by the end of the month,” he says.