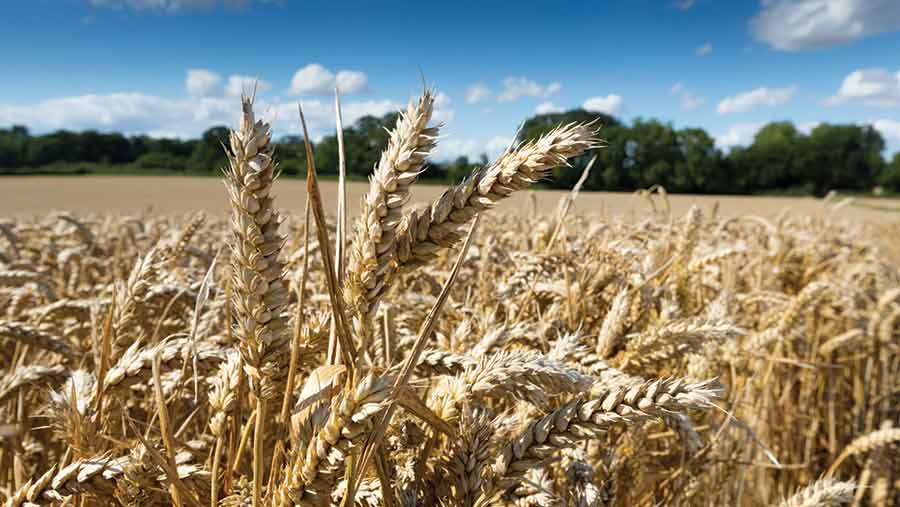 High yields and good disease resistance would likely head a wheat grower’s wishlist for new varieties, and breeders are offering a glimmer of hope.

They are promising improvements in yields and grain quality, while better tolerance to wheat’s most damaging disease – septoria – is likely in the medium term.

Disease resistance has grabbed growers’ attention in order to lower growing costs and in particular the escalating fungicide spend on winter wheat.

Most winter wheat varieties on the AHDB Recommended List are rated either 5 or 6 for resistance to septoria where 1 is poor and 9 good tolerance to this economically important disease.

Only four of the 36 varieties on the list come outside this 5-6 narrow range, with two new varieties, Siskin and Graham, scoring 7s while the older Gallant and Santiago score a lowly 4.

Yield improvements have been masked by heavy fungicide use as, in fungicide-treated trials, Siskin shows the same yield as the five-years-older variety Santiago.

However, Siskin is the top yielder in untreated fungicide yields at 96% while Santiago is down at 75% and the older Solstice bottom of the pile at 67%.

We asked four leading plant breeders what they can offer in terms of improved yields and better resistance to disease, especially septoria, to help growers cope with the profits margin crunch. 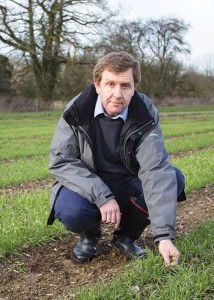 Wheat breeder Ed Flatman is selecting varieties with more robust performances over a range of conditions and sees better septoria resistance in the pipeline.

Breeders are using new tools such as molecular markers to identify genes responsible for pushing up yield and disease resistances, and Limagrain’s senior UK wheat breeder sees good progress ahead.

He noticed certain wheat varieties such as Diego, Santiago and Crusoe were more tolerant of a range of conditions and all performed well in the wet season of 2012.

Therefore, he is trying to incorporate this yield stability into new varieties to lift performance and expects to see yields rising in the future by 0.5% a year, or 5% a decade.

“We are looking to find more robust plants for extreme climates and varieties that generally perform well across a range of conditions,” he says.

Septoria resistance ratings of 6 are becoming routine in the 1-9 range, and he is pushing hard to get more 7s and then increase it to 8s.

Limagrain wheat varieties Evolution, Revelation and Crusoe have scores of 6, and new variety Sundance, coming up for AHDB recommendation later this year, carries a provisional 7.

“We are pushing hard to get to a 7 for septoria and ideally an 8,” he says.

One problem with septoria resistance is that it does not come from major genes, but relies on stacking a number of minor genes together, Mr Flatman adds.

This mean septoria resistance is often hard to build up to high levels, but on the positive side septoria-resistance levels tend to erode slowly rather than break down suddenly as with yellow rust. 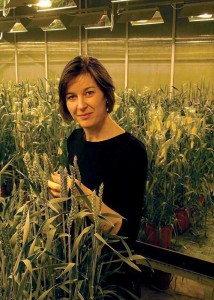 Improving septoria resistance is key for RAGT UK wheat breeder Celia Bequain, as this trait has a big link to yields of fungicide-untreated grain.

Unfortunately, good septoria resistance often has a big yield trade-off and breeders have been working hard to build disease resistance without hitting output.

The increased emphasis from growers on untreated yield and septoria resistance has led to renewed efforts by breeders to search for better scores.

The group is now screening varieties in south Wales, where the high rainfall conditions in which septoria thrives give a good testing ground for assessing resistance to the disease.

Two of RAGT’s winter wheats, Skyfall and Illustrious, score 6s for septoria, but the group has had older varieties such as Warrior and Cougar that were 7s.

“We are working to improve septoria resistance and hopefully we will get there. We have already done 7s, so an 8 is definitely the aim,” she says.

The key is to use the best combination of genes to develop septoria resistance and as these are small-effect genes, it often takes longer to build up good resistance.

Illustrious has at least two complementary genes offering septoria resistance, giving it a score of 6. It also has outyielded milling varieties with scores of 5 in untreated trials by 8%, she says.

“It is a struggle to make quick progress on septoria resistance, but it is key as it has the biggest correlation with untreated yields,” she says. 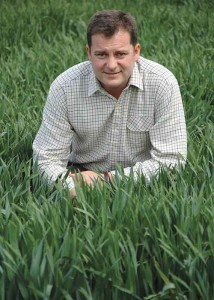 Septoria resistance is a major target for plant breeder KWS, although it is difficult to build up tolerance quickly.

Mark Dodds, wheat breeder at KWS, says work to improve resistance has resulted in one of the most tolerant varieties, Siskin.

“Septoria resistance is becoming more important to breeders and now would probably be placed third after yield and straw quality,” he tells Farmers Weekly.

The breeder has used the older wheat variety Timaru to transfer good septoria resistance to Siskin (7) and Crispin (6), which both entered the AHDB Recommended List last December.

These two varieties now have the highest untreated yields on the AHDB Recommended List, with Siskin showing a 21% higher yield than older variety Santiago, which only has a 4 for septoria.

“There is good potential material out there, so what we need is to get good septoria resistance with a balance of other agronomic factors,” he says.

The breeder, which has developed varieties such as Trinity and Lili, has a new hard-milling feed wheat, Kerrin, coming up for recommendation at the end of this year. It claims to deliver another step forward in yield and good septoria resistance.

He sees improvements in the future coming across all varieties of winter wheat, from Group 1 breadmakers to Group 4 feed varieties. 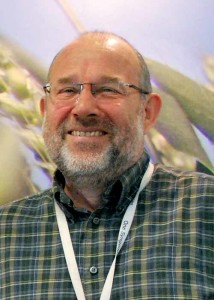 As septoria resistance is based on minor gene resistance, it is less likely to break down than yellow rust resistance based on a major gene, says one leading breeder.

David Feuerhelm, senior UK wheat breeder at Syngenta, says he would rather see a score of 7 for septoria based on minor genes than a 9 based on a major gene.

“The strength of resistance in septoria comes from minor genes, while a score of 9 based on a major gene could break down quickly,” he says.

Generally, resistance based on minor genes will erode slowly rather than the fast breakdown seen with yellow rust resistance, adds Mr Feuerhelm.

The group’s new variety, Graham, is one of only two winter wheats on the AHDB Recommended List with a 7 and he sees no reason not to get an 8.

“If we could get an 8, which is only 2-3% off the pace yield-wise, then it would be very interesting,” he says.

Mr Feuerhelm sees the breeders giving growers varieties in the future with a range of maturity dates, better specific weights and suitability for a range of drilling dates.

The breeder that produced the early-maturing Gallant and the high-yielding feed wheat Reflection says Graham will come to harvest after Gallant, but just before Reflection.