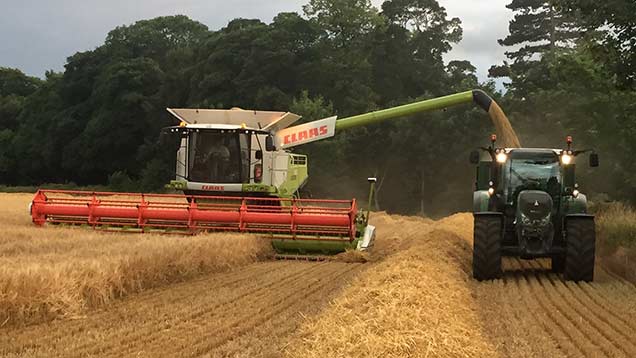 Better weather saw the winter wheat and spring barley harvest gather pace with an estimated 550,000ha cut in the week to 15 September, but grain quality is suffering from rain-induced delays.

Overall UK harvest progress now stands at 90% of total combinable crop area, with 90% of winter wheat and oats cut and 70% of spring barley combined, according to the latest Adas report.

However, the later harvested winter wheat crops are starting to show signs of weathering due to the heavy rain in late August and early September, with grain now looking dull and grey.

As a result Hagbergs are starting to fall, although the report suggests this mainly affects feed varieties harvested in the Midlands, and Northern crops are unlikely to be affected having only just reached maturity.

Provisional figures for Group 1 milling wheat indicate that Hagbergs are the lowest in the last three years following a decline in quality over recent weeks. Some unharvested crops are now starting to show signs of sooty moulds and pre-harvest sprouting.