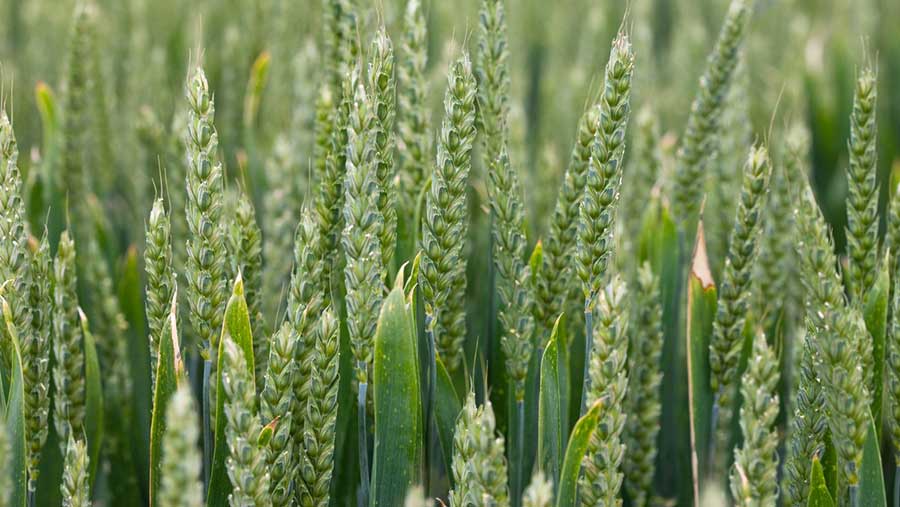 With T2 fungicides nearly complete, thoughts are starting to turn to the T3 ear fungicides to tackle yield-sapping fusarium.

The unseasonable weather continues to affect farmers and agronomists alike with AICC agronomist Sean Sparling highlighting that T2 applications have been protracted.

“It’s the beginning of June and for the first time in a few years, we are still applying flag leaf sprays to the later drilled crops.”

Fortunately most of his winter wheat has had its flag leaf protecting it for 10 to 14 days and that could prove very important in the weeks to come.

“Currently the septoria and yellow rust pressure is as high as I’ve seen it for a number of years.”

He believes it all now depends upon the weather – because if those weather forecasters are right and it does come hot and dry for the next three months, brown rust will be the issue.

In the south, wheat ears are emerging on many crops now and have had emerged on the more forward crops for a number of weeks now. Procam’s Richard Harding is now looking at T3 options.

“These will be largely based around prothioconazole, tebuconazole and spiroxamine for late mildew control which seems more noticeable this season.

“The optimum timing for best effect on fusarium and mycotoxins is pre-flowering which is likely to mean a short interval between the T2 and T3 applications for some crops.”

In the north, AICC agronomist Paul Sweeney plans to treat wheat with a T3 as soon as flowering commences with something effective for fusarium species.

“But there is no need to throw excessive cash at them now.”