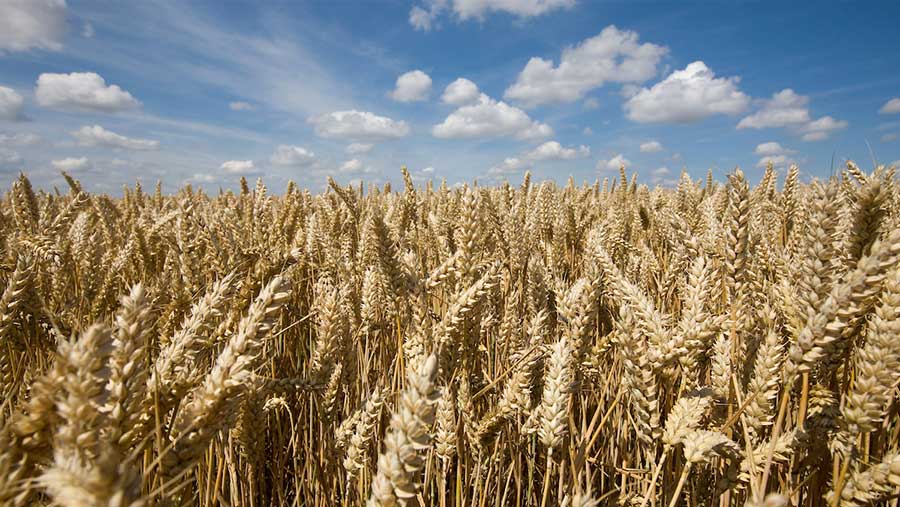 Wheat growers now have a head-spinning 41 varieties to choose between when they study the AHDB Cereals & Oilseeds’ mammoth Recommended List, meaning it’s trickier than ever before to make a decision.

Very low premiums for quality wheats are causing growers to question their place in rotations ahead of the new growing season, despite having six Group 1 varieties to select from.

The plentiful supply of bread-making wheat offered after last harvest meant millers were able to source their requirements with ease, so contracts for next year are reported to be limited.

Given the market conditions, Group 1 and 2 varieties will increasingly be judged on their agronomics, rather than their grain quality, as growers compare their likely returns to those of feed wheats.

For that reason, top sellers Skyfall and Siskin are expected to retain their popularity, as is the miller’s favourite, Crusoe. Newcomer Zyatt, which is within 2% of the highest yielding Group 4s, is also tipped by most to do well. 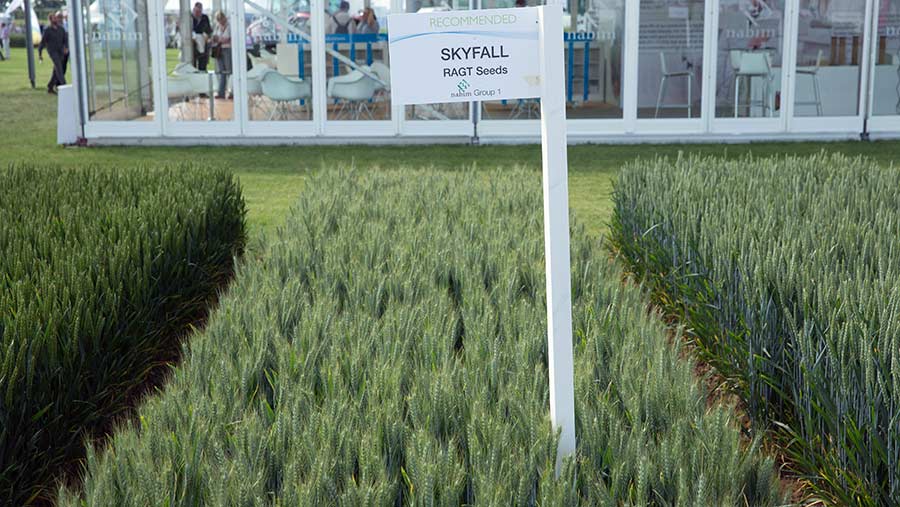 “Zyatt has other things going for it, as well as the essential miller support,” believes David Bouch, seed manager at Hutchinsons.

“It combines yield performance, including the highest untreated yield on the list, with good disease resistance and standing ability. It tops the Group 1s for yield, on 102% [of control], and has the Pch1 eyespot resistance gene.”

Russell Frost, seed manager at Cofco (formerly Nidera) highlights its second wheat performance, which he believes will make a difference to the variety’s popularity, describing Zyatt as strong and clean.

“It will be of interest. And of course, it’s another variety that doesn’t have to be grown for milling if the returns aren’t there.”

Good varieties coming along at the wrong time can be a problem with Group 1s, notes Lee Bennett, head of seeds at Openfield, who points out both Trinity and Illustrious have struggled to get themselves established, despite having miller backing and the required grain quality.

“This sector is oversubscribed, so there will be some fallout. It’s a shame when you get real breeding progress, only to find that growers start to move out of Group 1s because the premiums are non-existent.” 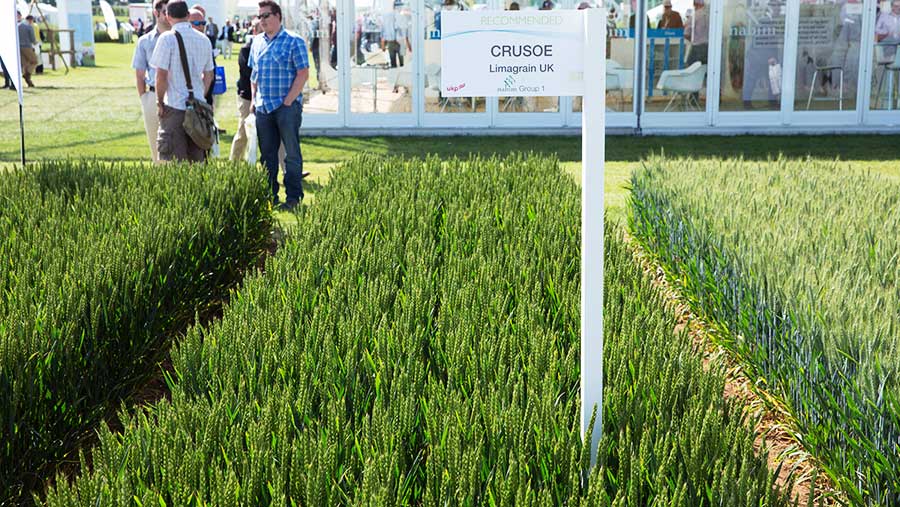 In the Group 2 sector, early maturing Cordiale retains its miller appeal and looks likely to trade at a premium to the alternatives.

“It sets the standard for Group 2 and neither of the others, Siskin and Lili, come close to it for grain quality,” notes Mr Bennett.

See also: Cereals 2017 video: Wheat yield record-holders tell us how they did

Although Cordiale will cost more to keep clean and has a yield penalty, there is continued demand for it, he points out.

Peter Jones, wheat director at miller Rank Hovis is clear about his preferences, describing Cordiale as the best Group 2 variety for quality. 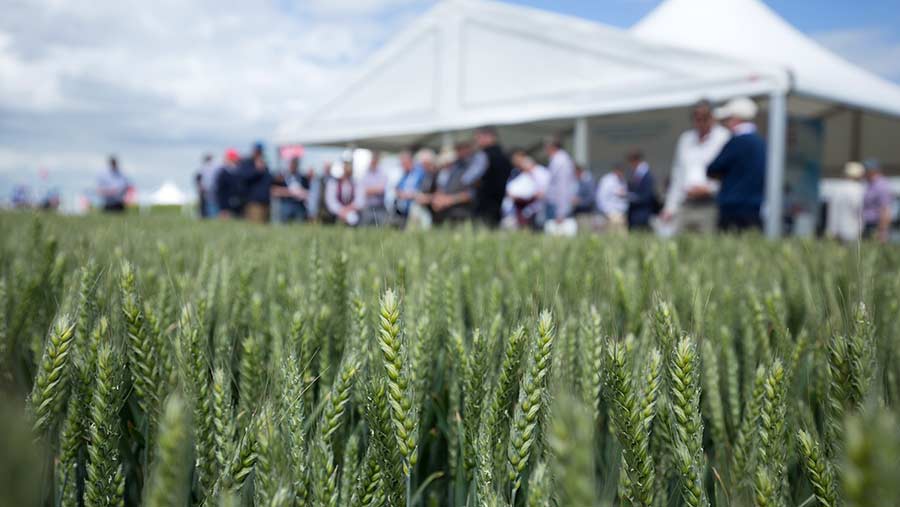 “It has given consistent milling and baking performance over the years, which is what we need,” he says.

The others, Siskin and Lili, have given more variability in baking tests, so he is less convinced about their suitability. “Remember that Siskin was initially recommended as a Group 4.”

Mr Bennett queries whether there will be any premiums paid for Group 2s. “If there’s little or no premium on offer for a Group 1, there’s unlikely to be any for a Group 2.

“So put them in the pack with other high-yielding varieties and judge them as a feed wheat. This is where Siskin can really hold its own.” 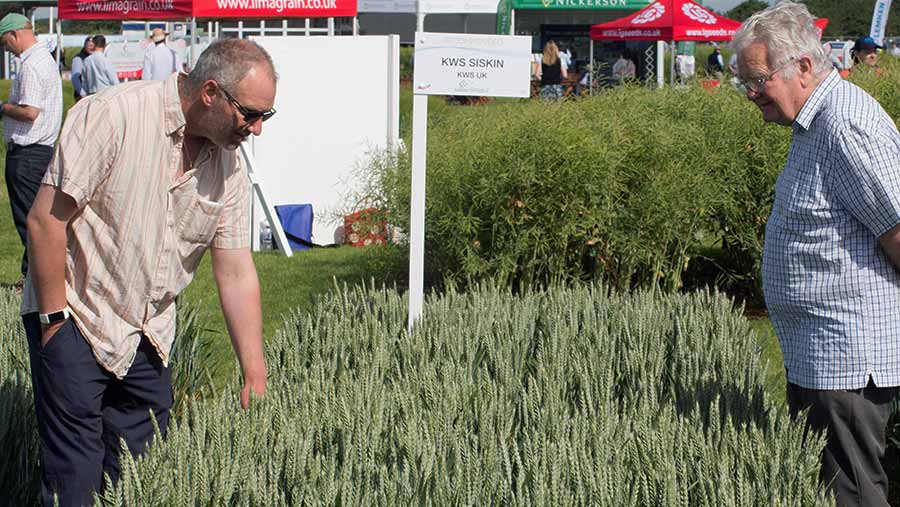 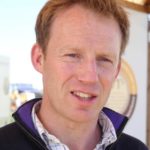 Marketing flexibility is one of the main considerations for the AHDB’s Berwick-on-Tweed Monitor Farmer, Richard Reed, when he chooses wheat varieties.

Having been through what he describes as a transition in the past 12 months, he has as many as seven different wheat varieties across the 1,170ha he farms from his base at Ancroft, spanning the Group 2, 3 and 4 sectors.

“We start at the top, with the Group 1 and 2s, looking for varieties which keep our options open when it comes to selling them, including the export market,” he says.

“That’s been quite a change – we used to grow all Group 4s, both hard and soft, for feed and distilling.”

Up until now, he has had success with the soft feed varieties Horatio and Revelation, both of which meet the distillers’ requirements but would prefer earlier maturing types as he considers making changes to the line-up.

“It can be difficult to find replacements for older varieties, especially those that have performed well and have an established place in the market.”

This year, he has also been growing Siskin, Barrel and Graham, as well as some Reflection and Belepi.

“The Belepi is being grown instead of spring barley and was drilled after beans. It looks very good to date.”

For 2017-18, he plans to consolidate his variety choices and is looking at all of the options as the new growing season approaches.

Yellow rust has been a problem on every one of his varieties this year, so that is on his mind, as is his on-going plan to move away from early drilling.

“Providing it performs when the combines go in, we will be growing more Siskin next year,” he predicts. “It has a 9 for yellow rust, isn’t late to mature and the grain is suitable for export.”

The other variety he is interested in is Motown. “It seems to suit our requirement for varieties that can be drilled a bit later and it has a medium rating for distilling.

“Again, the agronomics seem to be all there and it is early to mature.”

However, all the varieties grown by Mr Reed have to earn their place in terms of yield. “If they don’t come up with the goods at harvest, we don’t continue with them.”