The first SDHI fungicide seed treatment for winter wheat will be widely available this autumn to control a range of seed-borne diseases and give a boost to early growth.

Vibrance Duo, from Syngenta, contains the new second-generation SDHI sedaxane, developed for seed treatment use, as well as fludioxonil, which is found in the group’s Beret Gold.

Sedaxane’s low dose and limited mobility means it does not have any activity against foliar disease, such as septoria, so its use will not reduce the number of foliar SDHIs that can be made.

Therefore, it will fit in with the latest industry guidelines, which permit the use of just two foliar-acting SDHIs to a single crop.

See also: Competition to give some respite on fungicide price rises

Syngenta claims having two complementary actives in one product helps control diseases that threaten crop establishment and also give a boost to early rooting. 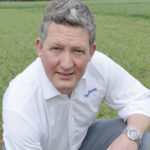 “Our trials have shown that Vibrance Duo has a contribution to make to root health, bringing another dimension to a seed treatment’s role in improving crop establishment,” he adds. 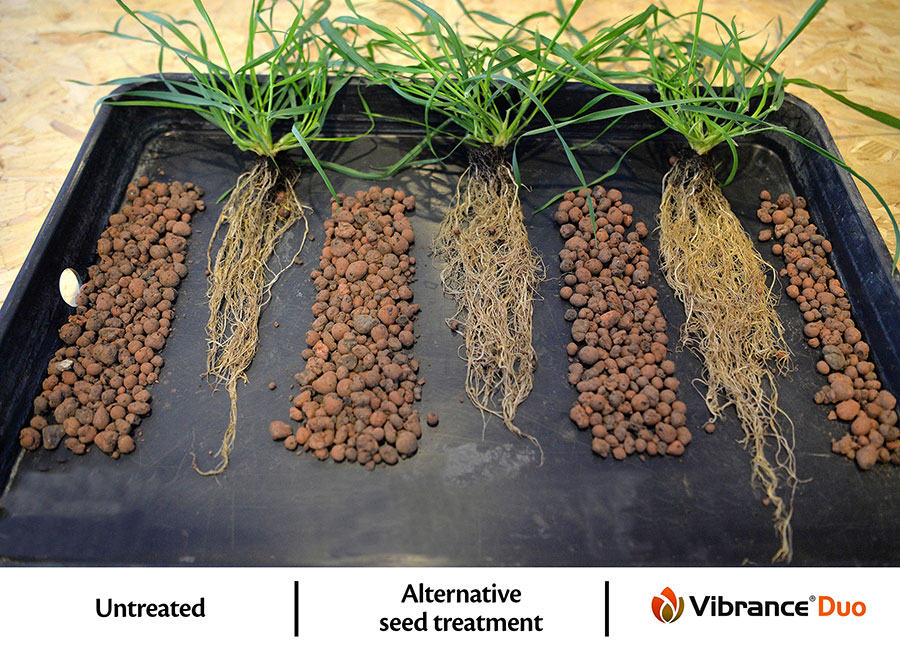 Its launch marks the start of a planned family of seed treatments based on sedaxane, for cereals and other crops, set for launch in the next few years. 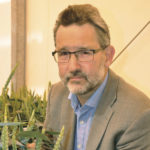 “Sedaxane works in the same way as other SDHIs. It is active in the mitochondria, inhibiting cellular respiration and depriving the fungus of energy,” explains Michael Tait, the group’s seed care technical expert.

“There are no label claims for soil-borne disease yet, but we are working towards getting them,” adds Mr Tait.

The company claims the new treatment improves yield by 0.15t/ha compared with other dressing and lifts the yields compared with untreated seed by 0.5t/ha. 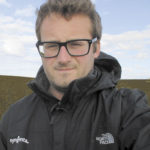 “At standard drilling dates in early October, there were increases in rooting and foliage weight with Vibrance Duo, compared to a standard treatment,” reports Jonathan Ronksley, the company’s field technical specialist.

“At later, early December drilling dates, when the products were put under more pressure, in addition to the rooting and top growth increases, there was also a speed of establishment effect,” adds Dr Ronksley.

The on-farm price of Vibrance Duo is £100/t, which is equivalent to about £20/ha, depending on the seed rate used. In comparison, existing treatments retail for £50/t.

At a glance: Vibrance Duo