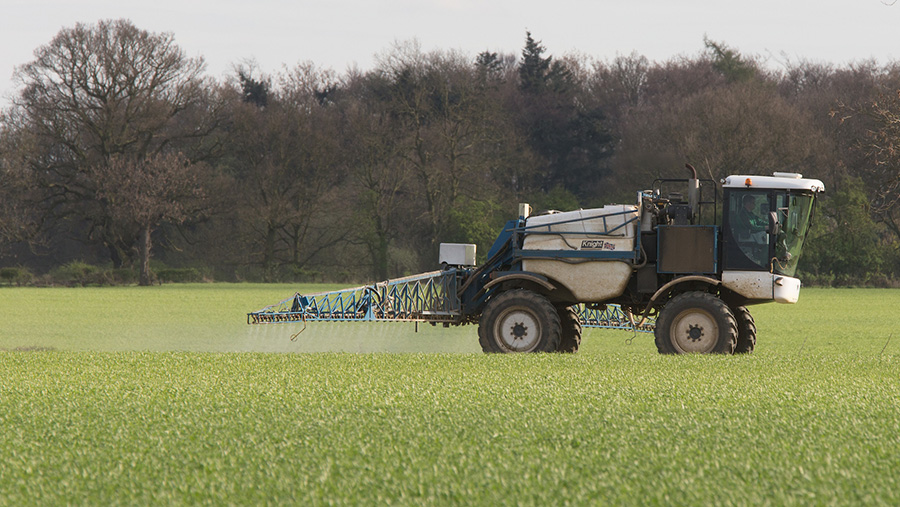 A DNA analyser that can detect the presence of septoria in wheat and indicate which fungicide to use to minimise resistance risk is set to undergo field trials next spring.

The portable device amplifies and then analyses DNA in a sample, which can then be matched to the DNA sequences of known pathogens.

The Genie technology was first introduced at Fera for use by Defra inspectors at airports to detect and identify pest and pathogens being imported in plant material.

However, it is now being developed for use out in arable fields, with mobile devices now able to withstand being out of the lab. It generates results within an hour and is armed with a GPS locator, so samples can be mapped.

Fera scientist Catherine Harrison believes it could have a valuable role in targeting the best fungicides to use while also reducing resistance development in key cereal diseases.

“The idea is to go to the field and test where any symptomatic leaves are found,” she explains.

Judith Turner, head of plant pathology at Fera says the technology can be helpful in confirming if a suspected outbreak is septoria. She adds that, for example,  Septoria tritici, Septoria nodorum or tan spot can be easily confused from visual symptoms alone.

Second, it can then be used to identify if the disease it is more resistant to certain fungicides.

Armed with this knowledge, farmers can switch to an alternative active, if resistance is found to a particular fungicide.

The researchers are set to start field trials, looking specifically at resistance to the various azoles.

“We are field testing it this spring and the hope is it will be available to farmers in two years,” says Miss Harrison.

In addition, they plan to roll it out to other types of active including SDHI fungicides and other pathogens in wheat and other hosts.

But while the project is developing a mobile system, it is possible that this could be offered to farmers and agronomists as a laboratory service at some time in the future.

Looking to the future, next-generation sequencing technology continues to develop and become more affordable, enabling the capture of more information about pathogen populations.

For example a portable DNA sequencing device has been developed by Oxford Nanopore Technologies and Fera are working on the development of applications on the device.

However, Miss Harrison adds the challenge is to speed up the sample preparation stage of the protocols to enable use in the field.

The project is being carried out with partners Agrii, GeneSys Biotech and OptiSense.