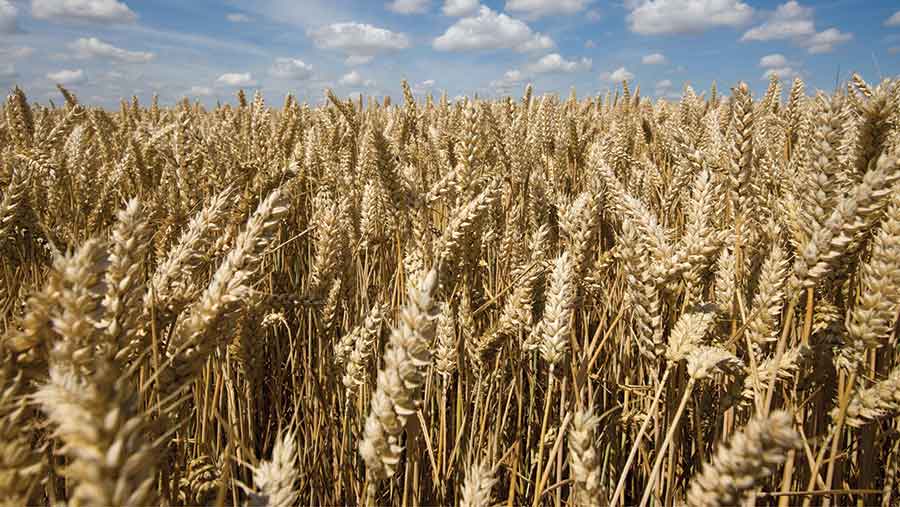 These varieties are well established in oilseed rape, barley and maize crops and are about to make an impact on wheat.

However, hybrid benefits need to be clear as seed can be more expensive than for conventional varieties, while growers are unable to save their own seed.

Farmers Weekly spoke to five leading seed breeders to find out why they are putting their money behind it being a hybrid future.

Wheat hybrids are on the way

Wheat is the last untapped frontier for hybridisation in broad-acre crops and that could be a key factor in why yields, not just in the UK but globally, seem to have reached a plateau.

The benefits of hybrid wheat

“Compared with maize and soya, where yields have increased significantly over the past two decades on the back of significant investment in new breeding technology, wheat has remained an open pollinated-bred crop,” he says.

Difficulties in finding the right production system to produce seed efficiently on a commercial scale have held the introduction of hybrid wheat seed back, but this is all about to change.

A number of functioning hybridisation systems are now currently under test for production efficiency and hybrid effectiveness to produce this type of seed economically.

“Hybrid wheat will lead to higher intrinsic yields, especially where the crop comes under environmental stresses, such as early-season drought or temperature shock, or later in the season with heat and drought during grain fill,” he adds.

The hybrid platform will also make it easier and quicker to integrate improved traits into varieties, adds Ed Souza, director of wheat breeding for Bayer.

“It will allow us to stack desirable traits more rapidly. Stacking all the genes into one line can be slow, but for a large number of genes, it is much easier to put some in each parent and then bring them together,” he adds.

Hybrids could offer a good method of producing crops reliably and cost-effectively in the future and may have a role in protecting against “food shocks”.

They could be a key part of the future as the 2015 UK Global Food Security Programme suggested a once-in-a-century crop failure from extreme weather could happen every 10 years by 2050.

Hybrids could cut the effects of climate change

“That’s why in other parts of Europe, some 90% of oilseed rape grown is hybrid as it can cope better with -20C in a Polish winter and almost no rain through a hot summer in southern France,” he says.

Research carried out by DSV has shown that much of this is down to the relationship between root development and rate of growth above the ground.

“Our trials have shown hybrids consistently produce 15% more root mass than conventional varieties and this year we’ve shown a statistically significant correlation between this and greater green area index and photosynthetic potential in the spring,” he says.

A lot of work separating out basic genotypes has now been completed so hybrid development can now take place at a faster rate than ever.

New hybrid varieties can be available in five years compared with a pure-line breeding cycle of more than 10 years.

The range and speed with which traits can be rapidly and reliably combined is simply impossible with pure-line breeding, he says.

“Nowhere is this advantage more obvious than the speed with which the initial yield penalty of high oleic, low linolenic (Holl) and Clearfield herbicide-resistant varieties has been overcome,” he adds.

The approach has also given access to pod shatter resistance, high vigour, semi-dwarf, and other traits unavailable in pure lines by virtue of their origin, and there’s much more in the pipeline, Mr Clarke says.

“The process allows the stacking of dominant major genes like RLM 7 for phoma resistance with high levels of polygenic resistance to stem canker and light leaf spot while avoiding the in-breeding yield depression inevitable in producing stable pure-line conventional varieties,” he explains.

But a hybrid’s ability to deliver does depend on identifying the most valuable traits, fixing them in elite parent stock, crossing them to develop consistent varieties and producing quality F1 seed on a commercial scale.

“The characteristics of both of these parents can then be combined into high-output, full fertile hybrids with consistent strength and agronomic depth to get the greatest possible advantage from hybrid vigour,” he says.

Hybrid barleys have given growers high-yielding varieties over the past 13 years that are more resilient over a range of different conditions and can compete with blackgrass.

Hybrids can have agronomic benefits

Yield is the obvious appeal of hybrid barley, and recent additions to the AHDB Recommended List show hybrids continue to set the pace, he says.

“But with its vigorous growth, including root systems up to 70% greater than conventional varieties, hybrid barley also shows built-in resilience to different growing conditions,” he says.

Hybrids produce top yields on the Recommended List regardless of season, but also in field situations where the yield gap versus conventionals become even wider, Mr Bullen adds.

Another benefit now being increasingly used from hybrid barley is its ability to outcompete blackgrass.

In the absence of new herbicides, growers need to find alternative ways of reducing blackgrass seed returns while a hybrid’s early maturity is also a key plus point.

More efficient use of inputs

Maize has benefited from hybrid breeding for about 70 years and the technology is delivering important developments that will improve the crop further in the future.

Maize hybrids are here to stay

Hybrid maize emerged commercially in the 1940s in the US, and as it showed superior yields to conventional varieties, spread rapidly to most countries with intensive agriculture.

“Recent academic studies conducted in France on registered hybrids from the past 20 years show an average genetic yield gain of 0.15t/ha/year for forage maize,” he says.

“Parental lines are bred under high densities, which mimic stress conditions, while the resulting hybrids are tested extensively under various different environments,” he adds.

Breeding hybrids that make better use of nitrogen, for example, is a key objective for RAGT in the future, he says.

“New molecular markers can save several years of traditional breeding by helping us identify lines that optimise key traits, such as essential biochemical pathways,” he says.