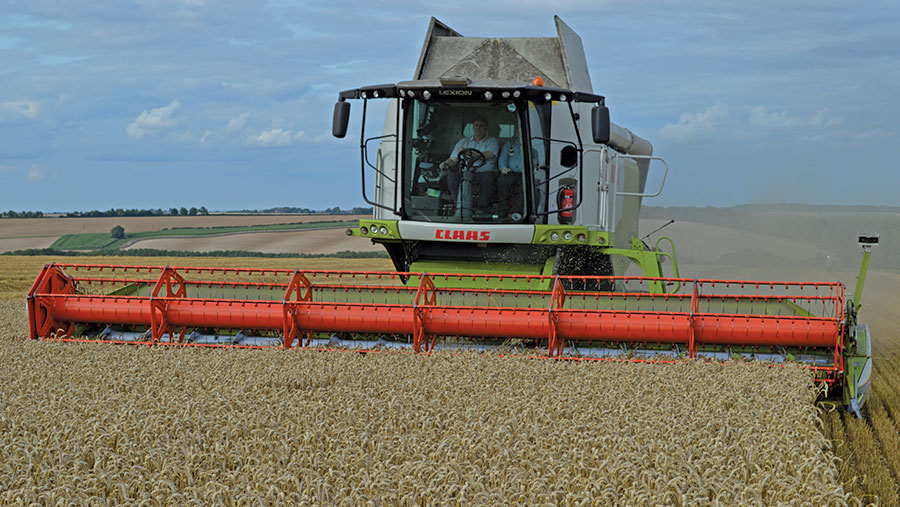 Tim Lamyman scored a hat-trick in a top-yield competition with a wheat crop on his Lincolnshire Wolds farm yielding nearly twice the national average, while a Scottish grower produced the highest-ever potential yield recorded.

Mr Lamyman’s yield of 15.3t/ha won him his third gold award in an often frustrating harvesting season after a dry spring and a dull wet summer which sapped the yield potential of many crops.

His crop of new milling variety Zyatt came in below his highest-ever-yielding wheat crop of 16.5t/ha in 2015, but was enough to win him the top cereals prize in the Yield Enhancement Network (YEN) awards run by crop consultants Adas. 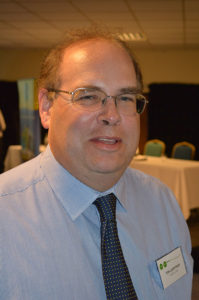 Mr Lamyman won the 2014 award with a yield of 14.5t/ha with the wheat variety Kielder and 2015 with Reflection at 16.5t/ha, which briefly held the world wheat yield record.

A high nitrogen rate on his chalky soils, a comprehensive five-spray fungicide programme and widespread use of foliar feeds helped him produce a very thick crop of almost 800 ears/sq m at harvest.

The highest yields come from the highest nitrogen rates, and at high fertiliser levels the crop needs a good rooting system on his 600ha largely arable farm at Worlaby, some 25 miles east of Lincoln.

“Often the key is to trick the plants to root more in the autumn to get more biomass in the spring,” he said at a briefing to announce the YEN winners.

For this he used multiple applications of foliar feeds in the autumn to give the crop the root structure to take up the heavy 380kg/ha of nitrogen he used in the spring on his wheat crop. 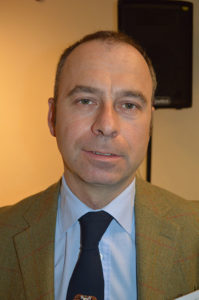 Nitrogen was key on Donald Ross’s Scottish farm which achieved the highest potential wheat yield – at 83% of its theoretical yield of 17.8t/ha, or 14.8t/ha.

This was enough to win him the gold award for the best potential yield on his Rhynie Farm near Tain in Easter Ross, some 25 miles north of Inverness

“We split the dose of nitrogen seven times in the spring, which kept the crop going and led to late senescence,” he said.

His winning field of a fine sandy loam soil was ploughed after potatoes, drilled with the variety Viscount, and gained added fertility from manure from his 100-strong suckler cow herd.

The farm has a history of growing high-yielding crop with his father harvesting 10t/ha wheat crops in the 1980s, and this summer’s yield also gained him the silver award of absolute yield behind Mr Lamyman. 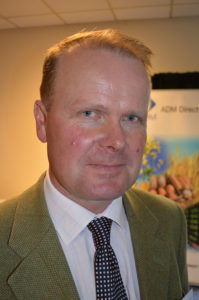 The bronze yield award went to Suffolk farm manager Edward Vipond with a yield of 14.6t/ha from a crop of Santiago grown on deep medium sandy loam at the 1,200ha Troston Farms, just north east of Bury St Edmunds.

He produced a crop of more than 800 ears/sq m at harvest and conducts all his own agronomy where he uses bespoke fungicide programmes such as using no SDHI fungicide at T1, and using a T1.5 when the gap between the T1 and T2 sprays is stretched

“We make sure the gap between fungicides in good and believe that timing is as important as product choice,” he said.

Northumberland grower Neil Armstrong, who farms just one mile from the Scottish border near Berwick-upon-Tweed picked up the silver award for potential yield behind Mr Ross with 76% of his potential yield of 17.4t/ha, or 13.2t/ha. 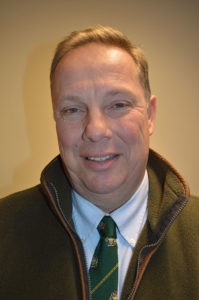 He chose the variety Dickens after a recommendation from a neighbour on his sandy clay loam soils following oilseed rape with 240kg/ha of nitrogen used and it produced a crop of 750 ears/sq m.

“Rod Smith pushed me into Dickens after his world record,” he said, referring to his neighbour who broke the world wheat record with a yield of 16.52t/ha in September 2015 with the variety.

Mr Armstrong’s focus is on good soil conditions at drilling, a T0 to keep septoria at bay on his farm near to the coast and late plant growth regulators to keep his crop standing on his 880ha farm at Thornton Mains.

Held back by dry spring

“Ear numbers were generally low due to the way crop canopies developed because of the dry weather in the spring,” he said, adding growers may have to look at earlier applications of nitrogen if faced with a dry spring again.

He pointed out there were 200 entrants in the cereals YEN contest for 2017 with an average yield of 11t/ha ahead of the national average yield of 8.5t/ha with entrants from northern Scotland down to Cornwall and also from Ireland and the Netherlands.

Prof Sylvester-Bradley outlined the main learnings from the season to produce higher yields:

Entrants recommended for their bright ideas were: