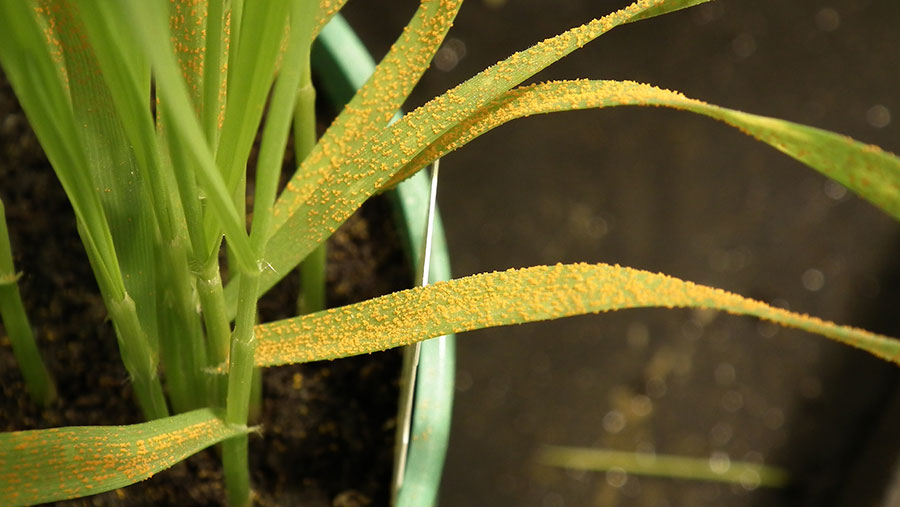 A new “significant” race of yellow rust disease affecting wheat has been identified, which is likely to have been responsible for the major downgrade of variety resistance ratings to the disease last year.

The new race has been named Red 24 using a new identification system, and joins another new race, Blue 7, which was identified in March this year.

Yellow rust is a major disease of winter wheat that can cause big yield losses, and recent shifts in races of the disease have caused a fall in resistance ratings of some wheat varieties, such as Reflection.

The disease has been much more stable in 2017 with no significant shifts in disease ratings expected in the AHDB Recommended List for 2018-19, which is due to be published on 4 December 2017.

Both new races were confirmed by Sarah Holdgate, project manager at the UK Cereal Pathogen Virulence Survey (UKCPVS) based at crop consultants Niab.

“Our tests reveal many varieties are affected by Red 24 and Blue 7, so these races are significant,” Dr Holdgate said in a statement.

She added that some varieties are more susceptible to one race over others, which could explain some of the regional disease variation seen in commercial crops recently.

Growers are being reminded the yellow rust situation can change rapidly within a season and crops should be monitored and unexpected findings reported to the UKCPVS.

Updated seedling susceptibility information has also been published online. In 2016, many varieties became susceptible at the seedling stage. However, the situation stabilised in 2017 and no change in seedling resistance was recorded.

Catherine Garman, who manages disease research at the AHDB, said all candidate varieties in trial have been classified as susceptible at the seedling stage. This leaves only three Recommended varieties with seedling-stage resistance: Costello, Crispin and Siskin.