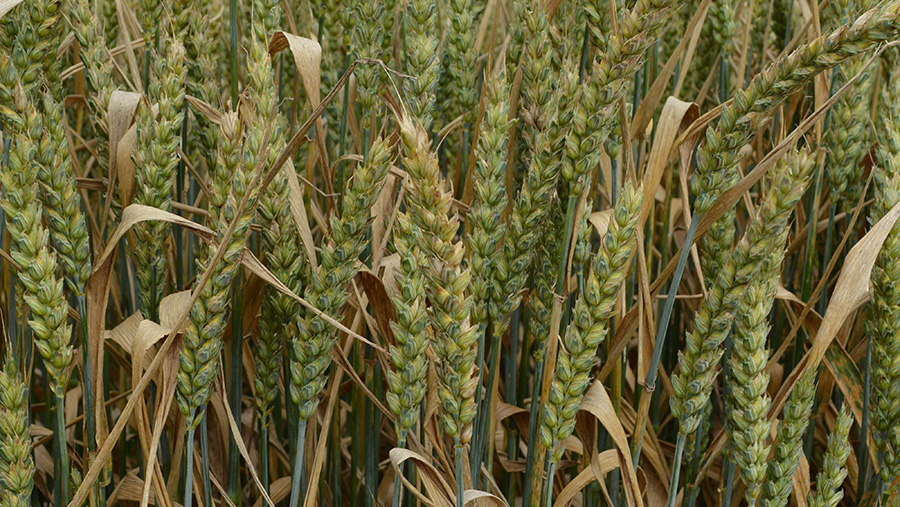 Wheat’s most damaging disease, septoria, is at the worst level for more than 20 years in an area of eastern England, which is known to be a hotspot of another disease, yellow rust.

Septoria was rampant on a susceptible wheat variety in untreated fungicide plots run by agrochemical group Bayer on David Hoyles’ farm close to the sea in south Lincolnshire.

The trial field is on land below sea level in an area very conducive to yellow rust, but this year septoria has been an even greater problem on this fertile land close to The Wash.

The mild winter and cool spring gave ideal conditions to raise septoria pressure to high if not higher than the wetter west of the country, where the disease often thrives.

“This is the highest septoria pressure we have seen here for at least 20 years,” Gareth Bubb, the group’s commercial technical manager for the West, tells Farmers Weekly.

He estimates an untreated fungicide plot of the septoria-susceptible wheat variety Santiago could be yielding 5t/ha less than one with a four-spray fungicide programme.

This difference would be less with a more disease-resistant variety, Mr Bubb adds.

The trial was looking to demonstrate the advantages of fungicide control with the plots drilled early on September 29 and using a susceptible variety to create a lush crop while the mild wet weather helped the diseases develop. 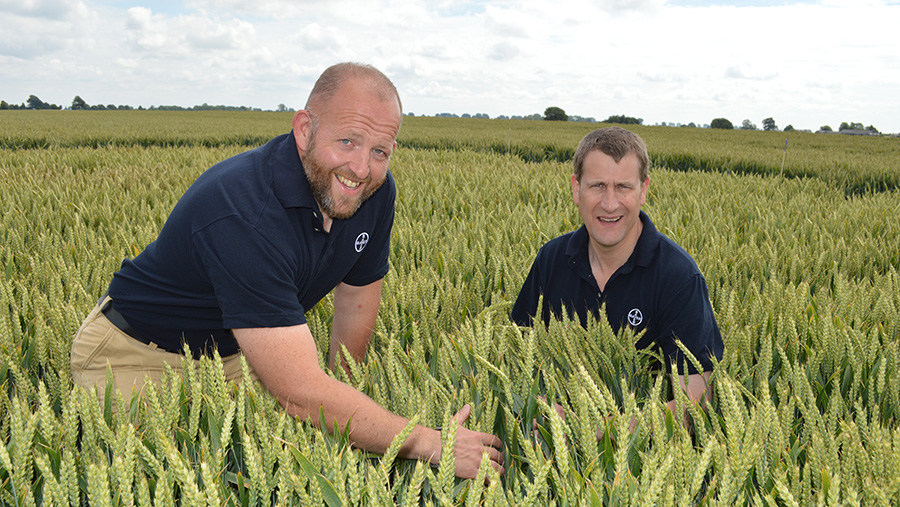 Bayer trials in Herefordshire in the bad septoria year of 2012 showed a difference of 7.25t/ha between fungicide and non-fungicide treated plots – showing it is certainly worthwhile using a four-spray fungicide programme when this can cost about the same as 1t of wheat.

The trial was on Mr Hoyles’ 650ha farm at Monmouth House, Lutton, near Long Sutton, 12 miles east of Spalding, where he broke the UK wheat record in 2011 with a crop of 14.3t/ha and last season topped that with one of 15.61t/ha.

Mr Hoyles says sunlight level in June were 40% down on last June and 20% lower compared with the same month in the wet 2012, so this was not a good harbinger for bumper yields this year.

All participants were speaking at a Bayer field day held this week on Mr Hoyles’ farm.