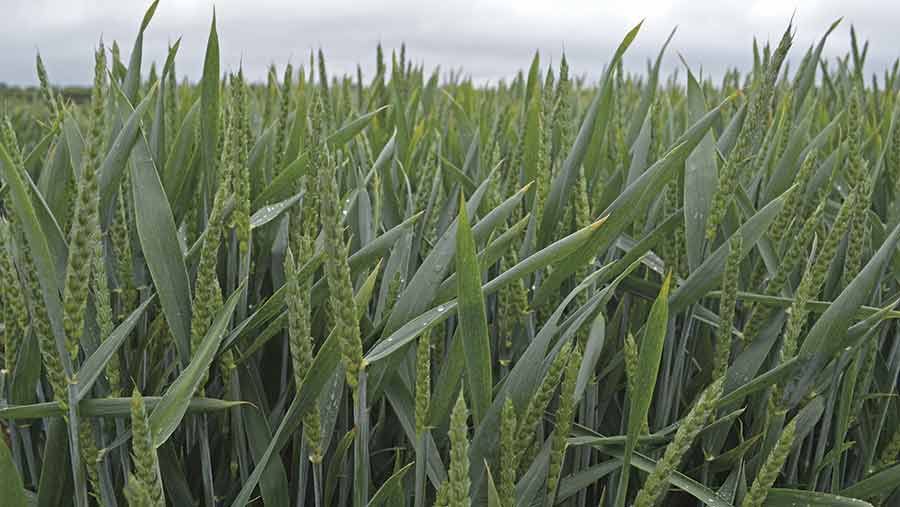 Septoria resistance is more important than yield when winter wheat growers chose their varieties to drill this autumn due to current low grain prices, says one cereals variety expert.

Wheat’s biggest disease threat to yield is septoria and the declining efficacy of cereal fungicides to this disease has made varietal resistance more important.

Growers will have access to two varieties this autumn – Graham and Siskin – with improved resistance to septoria and they come out top in resistance ratings on the AHDB Recommended List.

Simon Oxley, cereal specialist at the AHDB, argues growers should not just focus on headline yields for individual varieties but on a range of agronomic factors including disease resistance when choosing varieties.

“Septoria resistance is now more important than yield for growers as they need to grow crop economically,” he says.

All wheat varieties on the Recommended List are given disease resistance ratings of between 1 to 9 where 1 is poor and 9 is good, and for septoria all wheat varieties have scores between 4 and 6, apart from the two new ones Graham and Siskin with 7s.

Dr Oxley argues these varieties with 7 scores outyield other varieties in fungicide treated trials in the west of Britain where high rainfall encourages the wet-loving septoria.

He describes these as low-risk varieties which show lower levels of Septoria innoculum in the winter and then show slow development of disease symptoms in the summer. 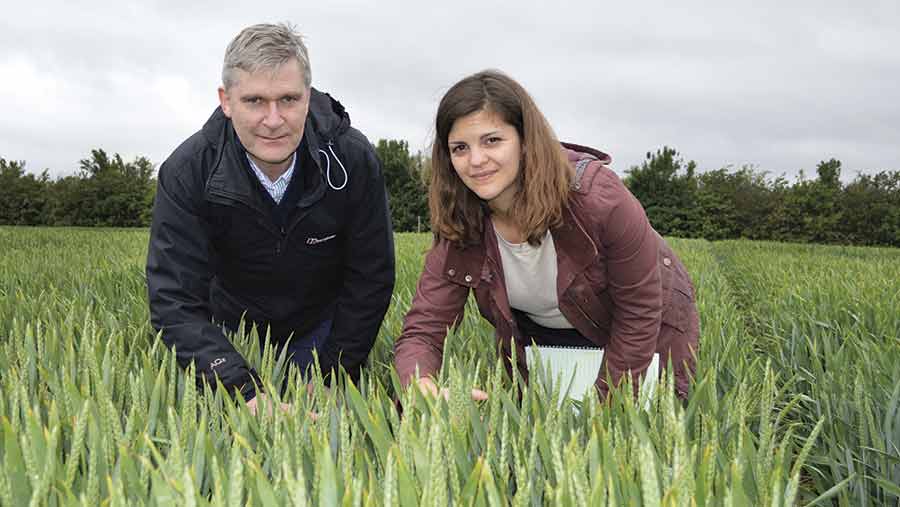 Therefore, as disease epidemic are slower to develop it will give growers more flexibility with fungicide timings if the weather turns against them and spraying is unavoidably delayed.

Varietal disease resistance is increasingly important as the efficacy of the key azole group of fungicides against septoria has declined over the last 10 years and resistant isolates of the disease have been found to the newer SDHI fungicides.

This has led to a greater emphasis on choosing varieties with good disease resistance and therefore high untreated fungicide yields.

“With current grain prices, more stable varieties will be more important than simply looking at the highest yielding ones,” Dr Oxley adds.

One of these higher septoria resistant varieties, Graham was bred in France by Syngenta and has performed well in the UK and particularly in the wet western areas of Britain.

Kathryn Hearn, technical crop expert with Syngenta, says the variety is suitable for early drilling from the first week in September onwards, is early maturing and has good straw strength.

She expects the variety could take market share from specialist early-drilling wheat varieties Grafton and Claire and also from top feed wheat varieties Diego, Reflection and Santiago this autumn.

“The variety offers more than just yield. It has good straw strength, is suitable for early drilling, has early maturity as well as good disease resistance,” she says.

Graham is a Group 4 feed wheat and Siskin a Group 2 milling wheat, and both are hard-milling.

There should be enough seed available of Graham for a 4% share of the certified seed market this autumn, which itself accounts for 52% of the winter wheat seed market with the rest made up of home-saved seed.