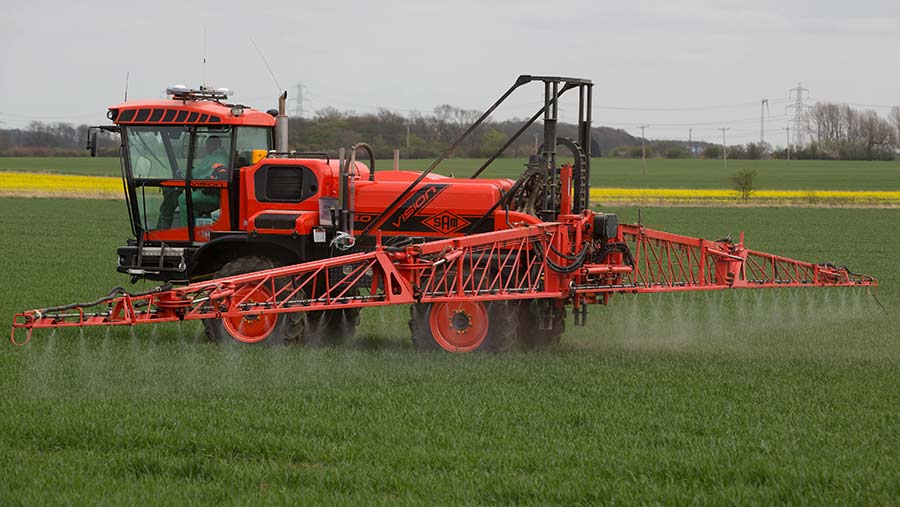 A mild and wet winter followed by rain and windy weather during the spring gave good conditions for septoria spore release, which splashed on healthy leaves and also allowed yellow rust to develop.

The highest levels of yellow rust were seen in coastal areas, on varieties with low disease resistance and on crops where early T0 fungicides were delayed, missed or applied at too low a rate.

The Adas report looking at current crop development said the majority of winter-sown crops were in a good condition at the end of April.

It added that most T1 fungicides aimed at septoria contained an azole and chlorothalonil, with an SDHI added in high-risk situations.

Most azoles give good rust control and in high-risk situations where rust was a problem, a strobilurin was also used. The first T1 fungicides were applied to forward crops in late April, with most crops covered by early May.

The viability of oilseed rape crops was good in most locations, although an estimated 4% of the area is of questionable viability due to the effect of cabbage stem flea beetle damage in the eastern region and prolonged pigeon grazing.

Adas added that spring drilling was virtually completed by the end of April, and despite slow emergence, the crop development of spring barley was similar to that in recent years.