As cereal growers look to trim costs to supplement any meagre profits they make, Farmers Weekly talks to three farmers who are growing three new winter wheat varieties – Siskin, Illustrious and Graham – that are available to drill this autumn and could offer something a bit extra in terms of disease resistance and grain protein quality.

Seed producer Tony Pointer is growing new wheat variety Siskin for a second year and says he would grow it as a commercial crop for its yield and disease resistance.

He grows the variety along with Costello as seed crops for multiplication and is impressed by how well both have performed on the light land at his north Norfolk farm. 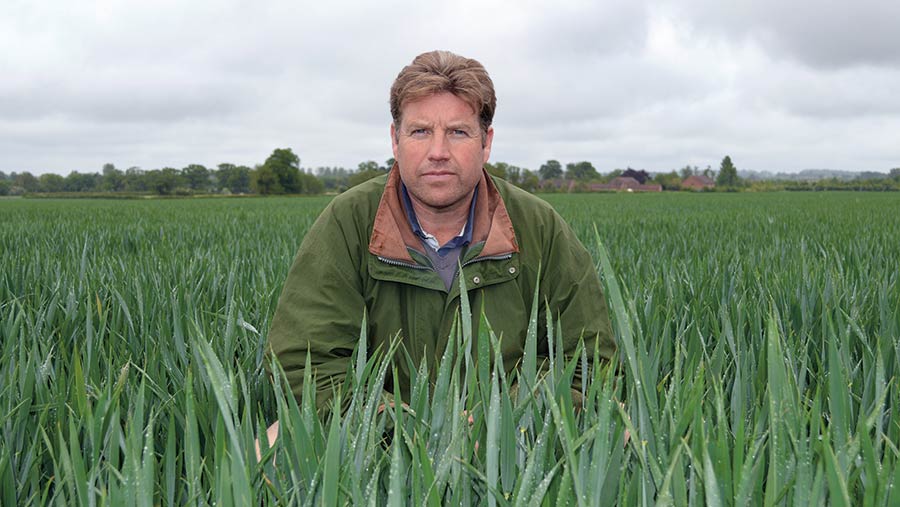 Siskin, which has good resistance to a range of diseases, especially septoria, has yielded more than 10t/ha on his farm and looks very clean of disease this summer.

“The variety looks to have great potential in terms of yield and disease resistance, and if I were not growing it for seed I would be growing it as a commercial crop,” he tells Farmers Weekly.

The newcomer to the AHDB 2016/17 Recommended List has the highest yield in untreated fungicide trials, and is one of only two varieties – along with Graham – that has a high 7 score for septoria resistance. It also has two top 9s for yellow rust and mildew.

For Mr Pointer, Siskin was noticeably early to harvest (in the first week of August), which was useful on his drought-prone, sandy loam light land. The variety was harvested before heavy rains in mid-August and yielded 10.3t/ha.

Last year was a bumper-yield year with low disease pressure, and his varieties yielded ahead of the 10-year yield average on the farm of 9.5t/ha.

Both varieties were drilled in the second half of September at a seed rate of 140kg/ha. They established well and grew steadily through the autumn. Spring nitrogen of about 180-200kg/ha was applied in two splits.

“The farm can suffer from drought in the summer so we look to get nitrogen on early. Usually 100kg/ha is followed by a second application of 80kg/ha,” he says.

An extra 20kg/ha was applied this year because of the wet winter draining away nutrients. 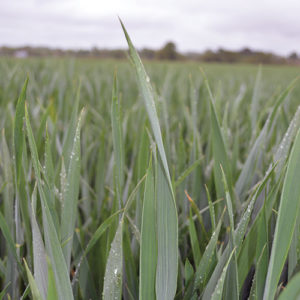 Yellow and brown rust tend to be more prevalent in the dry Norfolk conditions than septoria and fusarium, and the cost of a four-spray fungicide programme ranges between £78/ha and £93/ha.

“Last year was a very clean year in terms of disease and this year’s crops have been as clean as a whistle,” Mr Pointer says.

Some 60ha of wheat, split equally between Siskin and Costello, is grown on the 203ha Manor Farm at Sculthorpe, one mile north-west of Fakenham.

In fungicides-treated AHDB trials, Siskin yields in line with leading feed varieties Reflection, Santiago and Evolution at 105%, and just 1% below top-yielder Silverstone at 106%. As a Group 2 milling wheat, it also offers the possibility of a small premium compared with feed wheats.

Barry Barker, national arable seeds product manager at distributor Agrii, says Siskin looks as good as any other variety on the market.

“There is big interest in septoria resistance scores and it is the variety’s good septoria score that is driving the yield,” he says.

Mr Barker believes it could take a 5% share of the commercial seed market this autumn. Commercial seed represents just over half the seed market, with the other half accounted for by farm-saved seed.

Siskin breeder KWS says there should be 12,000-13,000 tonnes of the variety available, which would account for a 7% share of the wheat seed market.

Illustrious grower Tom Bradshaw is keen to find out how the millers will react to this new breadmaking winter wheat, with its acclaimed good protein quality.

It has looked very clean of disease and Mr Bradshaw has missed out a fungicide spray to save costs, but the millers’ reaction will be important.

“The key will be how the millers receive the variety,” he says. “It has good functional protein, so will the millers be happy to buy it at 12.5% protein rather than the industry standard of 13%?”

The variety was included on the AHDB Recommended List last December, with a yield in the main breadmaking region of the east to match Skyfall’s, but with the attraction of better protein quality.

Mr Bradshaw has shifted towards 80% breadwheats, whereas two to three years ago it would have been only 30%, as the newer milling varieties are more attractive, compared with feed wheats.

“The new quality wheats such as Crusoe, Skyfall and Illustrious have good disease-resistance and yields not far behind feed wheats,” he says.

He has agreed minimum price premiums for his milling wheats against feed wheat prices for the 1,570ha of arable land he farms at Fletchers Farm, Fordham, near Colchester in Essex.

He is growing 80ha of Illustrious as a seed crop and also as a commercial crop. He has cut out a T0 fungicide for about 620ha of wheat (more than half of his total wheat area), included the Illustrious crop.

“The Illustrious was clean, incredibly clean, with most of the crop drilled around the end of October,” he says.

After missing out a T0, he applied SDHI-based fungicide for T1 and T2 and plans an azole-strobilurin-multisite mix for T3 of tebuconazole, azoxystrobin and chlorothalonil.

Illustrious breeder RAGT says there should be about 9,000 tonnes of seed available this autumn, which will account for a 5% share of the certified seed market.

The variety Graham currently looks to be the best winter wheat on Alice Kindred’s Suffolk arable farm – ahead of other wheats such as Reflection, Santiago, Kielder and Diego.

It has been the first of these varieties to each fungicide timing, although it was not drilled particularly early – on 2 October at a seed rate of 110kg/ha.

“The variety looks fantastic and very clean of disease. At the moment it looks better than any other variety on the farm,” she says.

The 450ha heavy land arable farm grows 14ha of Graham for seed, while about half of all the wheat grown on farm is used in the farm’s pig unit.

With disease resistance becoming more important for choosing varieties, she believes the septoria rating of 7 could be particular useful at her Crabbes Farm, Parham, about three miles south-east of Framlingham.

“If the variety shows a comparable yield to the other varieties, and has better disease resistance, then it could be a staple on the farm,” she says.

Graham’s breeder, Syngenta, says there should be about 7,000 tonnes of seed available this autumn, enough for a 4% market share of the certified winter wheat seed market.