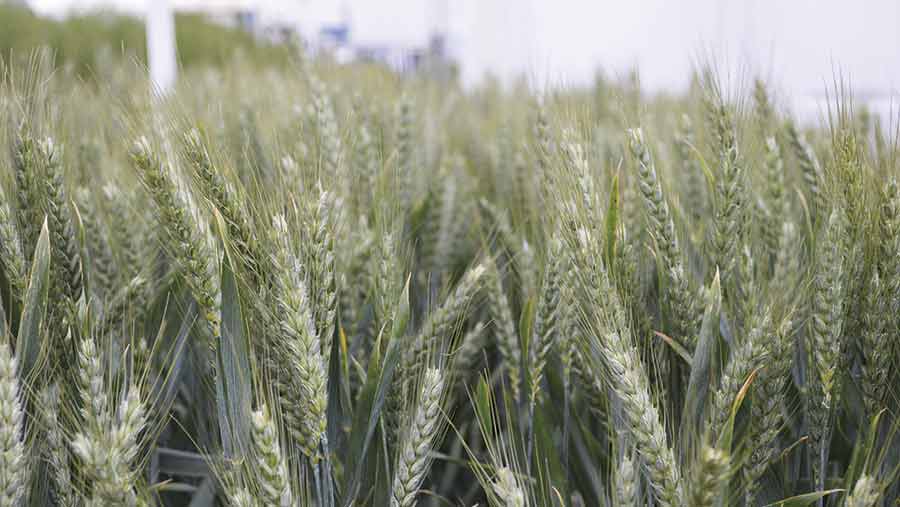 Cereal and oilseed rape growers will have a number of new varieties with higher yields and improved disease resistance available this autumn.

Louise Impey looks through the newcomers to see which will appeal to growers under pressure from low grain prices.

Milling wheat varieties with high yields and feed varieties with exceptional grain quality are on offer for this autumn to soften the impact of low grain prices.

Newcomers such as milling variety Siskin and biscuit maker Barrel are being tipped for success, as their yields matches the best feed varieties.

“If you want to grow a barn filler, you can now grow one that people want to buy,” says Clare Leaman, cereal specialist at crop consultants Niab.

She adds the highest yields in the east have come from Siskin, while in the North, Barrel came top and best in the West was feed variety Graham, so growers are not restricted to feed wheats for high yields.

Otherwise, milling wheat growers were being urged to look at new breadmaker Illustrious for its grain quality, high untreated yield and its performance as a second wheat.

“The millers appear keen to have it, so try a bit alongside your existing varieties,” suggests Chris Guest of grain traders Gleadell.

Disease resistance scores are under scrutiny especially yellow rust after high levels have appeared on unexpected varieties, including Reflection.

“The situation with Reflection has been a lesson. Both parents must have good resistance to yellow rust to ensure that their progeny will have too,” he says.

Growers looking to replace Reflection may well be tempted to go back to proven varieties, such as Relay, Dickens, Santiago, Evolution and Diego.

“But they should also look at Graham and one of last year’s additions Costello, which has one of the best specific weights,” adds Dr Oxley.

David Waite of seed supplier Frontier agrees. “Costello is the dark horse. It has the grain quality and very importantly, it’s still clean. It will sell by default.”

Grafton and Belgrade are useful for their earliness, while some highlighted Crispin, for its high untreated yield and suitability for late drilling.

Given the amount of blackgrass, varieties suitable for late drilling will be essential, suggests Jock Willmott of Strutt & Parker.

“There’s no point going for a variety which offers 2% extra yield if your blackgrass population is going to knock yields by a far bigger amount,” he says.

He says that growers look for consistency in both yield and disease, which is why many will be reluctant to move on from Skyfall, Santiago, Diego and Crusoe.

Just five wheat varieties have been free of yellow rust in this year’s Niab trials, says its technical director, Bill Clark. These include Costello, Crispin and  Siskin, as well as candidates Motown and Sundance.

Dave Robinson of Crop Dynamics says he would add Dickens and Crusoe, as well as candidate Marston, to this shortlist.

“Yellow rust is certainly doing the job of sorting out the 19 candidates. There’s a problem with many of them, even those with high ratings,” he says.

Simon Kightley of Niab advises growers to look at yields and spreading risk when chosing varieties. The big interest is in newcomer Elgar, the conventional type sitting at the top of the Recommended List for the East/West region.

“Elgar is tall, but it has very good standing ability and strong disease resistance. At 111%, it has a 2% gross output advantage over the others,” he says.

Other conventionals that have caught his eye include Barbados for the North and Nikita for both regions. They stand well and have good light leaf spot scores, although Nikita is susceptible to phoma,.

Of the hybrids, Mr Kightley selects Wembley and Windozz for the East/West on 109% and Alizze has special merit for being recommended for both regions.

He adds that all new varieties have got to prove themselves and that’s why varieties like conventionals Charger, Campus and Picto, and the hybrids Incentive and Harnas will be grown.

The rise in demand for hybrid barley varieties such as Bazooka and Belfry is due to their good straw strength and role in suppressing blackgrass, reports Chris Pigott, commercial seed assistant at Frontier.

“They haven’t sold out yet, but there’s a great deal of activity. Bazooka is the taller of the two, but it has the straw strength to match,” he adds.

There’s a tremendous selection of two-rows, with subtle differences in disease resistance and straw strength, but very similar yield performance, he says.