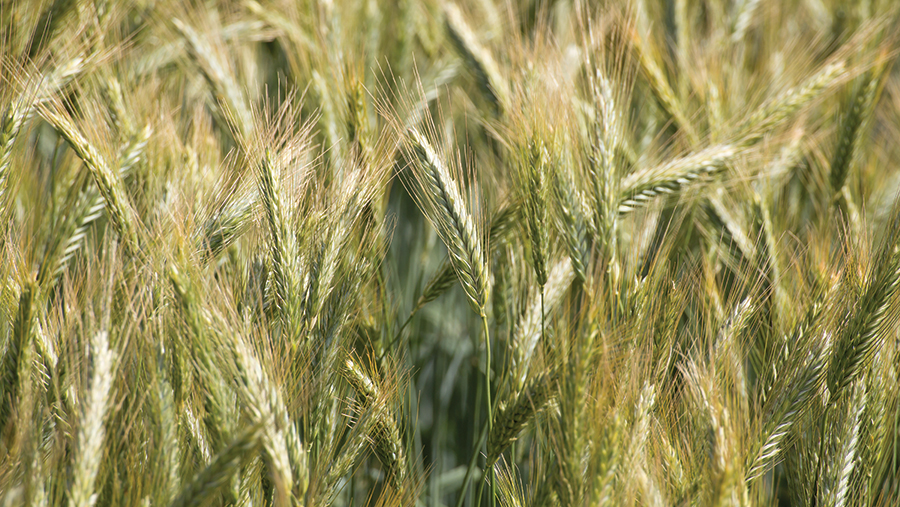 Triticale’s ability to out-yield other crops as a second cereal, combined with growing markets like anaerobic digestion, means it is worth another look for the coming season, say researchers.

AHDB-funded work done by ADAS has shown that triticale can be grown for both feed grain and wholecrop, opening up a place for the crop in the energy markets and making it suitable for feeding to both ruminants and non-ruminants at the right inclusion levels.

Its poor-relation image is out of date, believes Daniel Kindred of ADAS, who has seen it out-yield first wheats by 3% and second wheats by 8% in trials over six years, with its greatest advantage being as a second cereal.

This is especially tempting given the poor performance of second cereals last harvest.

He also highlights that triticale’s high biomass production and earliness make it an alternative feedstock for anaerobic digestion (AD) plants – something which is often overlooked.

“Rye is promoted for the AD market, but triticale comes in with lower seed costs, slightly earlier maturity and the flexibility of keeping it for grain at harvest if prices become preferable,” he says.

Currently, the bigger potential market is as animal feed, he acknowledges, as although protein levels tend to be lower than those of feed wheat, triticale has higher lysine, methionine and threonine levels – making it especially suitable for feeding to pigs.

In the field, its high yields, resistance to septoria, take-all tolerance and fewer pest problems are all useful, while the crop’s competitiveness against blackgrass and lower nitrogen requirement than other cereals are further advantages.

“It is more efficient at utilising nitrogen than wheat, so tends to need around 40kg/ha less,” he explains.

In terms of gross margins, it has an advantage of around £60/ha, notes Dr Kindred.

“The latest varieties are giving much higher yields than many growers associate with triticale. It’s worthy of a place in the rotation if you have a market for it.”

Perfomance around the country

For AICC member and independent agronomist David Lines, triticale has become a serious contender for some of the more marginal land that he is involved with in Herefordshire and Shropshire, where it will easily yield over 8t/ha.

Now looking after an area of more than 200ha – a threefold increase since last year – it is mostly being grown for feed grain and is often supplied to chicken farms in the area.

“There is a local market for wholecrop for AD, but that tends to be met by hybrid rye with its faster growth and greater bulk,” he says.

Five years ago, triticale was introduced on one of his farms with fields where rabbits were a problem and it performed well, recalls Mr Lines. “Triticale just doesn’t have the same appeal to rabbits. It seems to shrug them off and grow away unheeded.”

Since then, it has also proved cheaper to grow than winter barley and capable of producing considerably more straw – something which has a value in the west. As a result, the crop’s area has increased, especially on lighter soils.

In most seasons, he recommends a three-spray fungicide programme, as triticale is prone to yellow rust. “We will do a T0, T1 and T2, with a robust plant growth regulator programme as well. Essentially, we treat it like growing rye.”

One observation about the crop this year is that it has developed a massive root system and has coped with the very wet spring conditions better than other cereals, he notes.

Zantra agronomist Charles Starkings has got triticale growing on five of the farms that he looks after in the East Midlands, where it is proving to be a popular low-input crop choice.

To date, yields have been very good and newer varieties such as KWS Fido are giving consistent results of over 10t/ha and have hit the dizzy heights of 13t/ha on one farm, he reports, while the crop’s management has been straightforward.

“It’s being grown for grain and it typically sells at a £10 discount to wheat,” he says. “It’s either being used as a more profitable alternative to second wheat or where growers don’t want winter barley in the rotation.”

A few more herbicide options than are available in barley and a very competitive growth habit make triticale good for blackgrass situations, adds Mr Starkings, who believes it has a role in helping to smother grassweeds and limit seed return.

“We tend to use a pre-emergence herbicide on it where blackgrass is an issue, and then let it do its job.”

Triticale is cheaper to grow, in terms of fungicides and nitrogen, but it does need attention with growth regulators, he says. “It can grow very tall and will put on a great deal of biomass quickly.”

In a normal year, he will advise a two- or three-spray programme, with epoxiconazole and metrafenone aimed at yellow rust and mildew in early spring growth, after which he focuses on keeping yellow rust out.

There is an AHDB Descriptive List for winter triticale, so growers can compare the performance of varieties grown in UK conditions.

Dominating the market is KWS Fido, which has a yield of 105%, but there are three new additions to the list for 2018 drillings.

Kasyno from Senova has taken the top spot, with a 2% yield advantage over Fido and shorter straw. Also recommended are Dometica on 100% and LD17 on 99%.

Triticale is being grown for the first time this year by Adrian Joynt, farm manager at Goulburn Farms in Shropshire, and host of the AHDB Bridgnorth Monitor Farm.

With 26ha of winter triticale KWS Fido on some very light ground, he has replaced some winter barley with the crop to look at its on-farm potential and has no concerns about marketing it at harvest.

“We have some options – there are two local merchants who are happy to take it, we can use it to feed our own cattle,” he says.

Anaerobic digestion is another possibility, he adds. “We are already growing hybrid rye for a local AD plant, so that adds to our choice of outlets. But we didn’t set out to grow it with that market in mind.”

Mr Joynt points out that triticale is worth a bit more than winter barley and has the added bonus of lower growing costs and a higher yield.

“It needs less nitrogen, fewer fungicides and the seed is cheaper,” he says. “It has looked far better than wheat or barley would have done on the same site, but it’s still early days.”