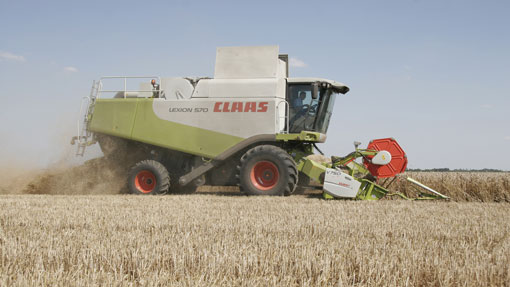 Reflective tape between crop rows and installing trickle irrigation to provide water and nutrients are two ideas being looked at to encourage innovative thinking towards boosting wheat yields.

Adas is also looking at the use of a Shakerator after harvest, to blast air into soil to a depth of 1m ahead of drilling, to ensure optimum root growth, and also keeping crops cool at night to limit respiration losses.

While not all of these approaches would be practical or cost-effective at the farm level, they were good examples of innovative thinking.

This is what the group’s Yield Enhancement Network (YEN) competition was designed to foster and encourage, explained Roger Sylvester-Bradley, head of crop performance at Adas.

“We’re setting out to learn how to break the current world wheat yield record of 15.7t/ha. That’s going to require some novel approaches,” he said at an Adas open day at Boxworth, Cambridgeshire.

Freeing the crop from any constraints is important for higher yields.

“We know that the crop has to be able to capture and convert both light and water, in order to be able to photosynthesise. So its potential is set by incident light energy and rainfall,” he added.

As a result, providing water by trickle irrigation and reflecting sunlight with silver tape are being tried in the plots at Boxworth.

“We don’t know which of these factors will be limiting this year. So we’re trying to eliminate anything that restricts growth,” he said.

Wheat growers will see a benefit from having used a new generation SDHI at T1 this season in terms of septoria control, said Adas senior research scientist Jonathan Blake.

“In a protectant year, such as this one, there’s a been clear advantage from a programme with SDHIs at T1. It has protected leaf 4 from infection, which an azole/chlorothalonil mix hasn’t been able to do,” he said.

The value of chlorothalonil has also been evident, he noted. “It’s doing as well as it always has.”

Prof Sylvester-Bradley has drilled the wheat variety Kielder at a low seed rates in the YEN plots. “The seed rate decision was deliberate as you get a higher yield from crops that keep growing throughout the season and aren’t checked at any stage,” he said.

Lower seed rates also ensure that the crop has both stronger roots and more roots at depth, both necessary for water uptake.

Nitrogen rates are of less importance than water and sunlight, although a high yielding crop will need good nutrition.

“We need to keep the crop green right into August. It’s a waste if we can’t harness the solar energy that’s around then,” he said.

Warm night temperatures will prevent crops from producing the highest yields, as they cause higher respiration losses.

“So another technique will be to put a polythene wall around the plots so that we can introduce colder air, to reduce the temperature in the crop,” he added

Turnip yellows virus (TuYV) is likely to be more of a threat to oilseed rape yields than cabbage stem flea beetle this autumn, when the neonicotinoid seed treatments can no longer be used, predicted Adas entomologist Steve Ellis.

“Controlling the aphids that transmit the virus requires a period of 10 weeks protection. But a foliar spray of pymetrozine, for example, lasts just 2 weeks,” he explained.

What’s more, where there’s resistance to pyrethroids and pirimicarb in the aphid population, the iwnsecticide choices are limited. “Remember that pymetrozine can only be applied once in the autumn,” he said.

In contrast, oilseed rape crops do have some tolerance of cabbage stem flea beetle. “They can cope with the loss of leaf area. It’s only if the pest gets in very early or the crop is under stress that the risk increasesw,” he added

For this reason, sowing conditions are more important than sowing date.

“There’s no difference in the ability of hybrids and conventionals to tolerate pest damage. Every crop produces more buds than it needs and the number of excess buds is the is the same for both types,” he added.

The low numbers of both pollen beetle and seed weevil seen this year may have been partly due to the mild winter and heavy rainfall, suggested Dr Ellis.

“These pests usually shut down in the winter. When temperatures are warmer, they are slightly less dormant and use up valuable energy resources. This means they are less able to cope with adverse conditions, such as heavy downpours, when they occur,” he said.