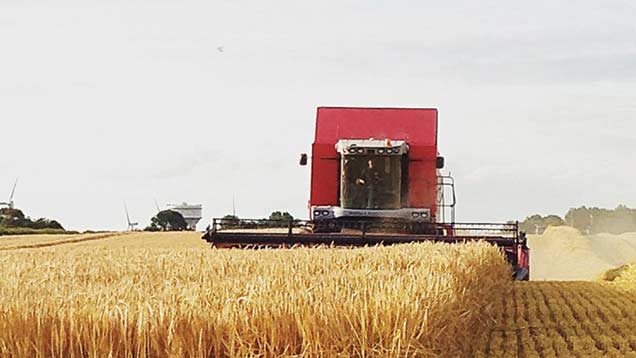 East Yorkshire grower Jonathan Hodgson is looking for drier weather later this week to finish off his winter barley harvest in what could be his last year of growing the crop.

Later this week, he hopes to finished off his winter barley harvest by cutting 4ha of Cassia, and then hopefully move into his oilseed rape late next week.

“We were pleased with the yield of the barley which was on par for our farm,” he tells Farmers Weekly.

However, this could be the last season for winter barley on the farm with Mr Hodgson saying returns are better from spring malting barley which he has grown for the past three years.

He farms 286ha of medium to heavy clay land at Great Newsome Farm, South Frodingham, about 10 miles east of Hull.